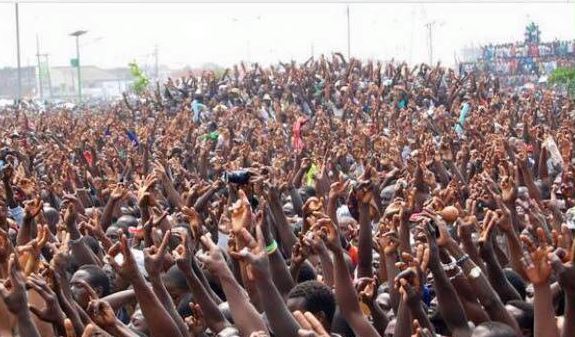 Dr Terhemba Wuam of Kaduna State University (KASU), on Monday, advised the Federal Government to institute economic policies with a human face to quell the spate of agitations across the country.

Wuam, the Head, Department of History gave the advice in Kaduna while speaking with newsmen on the sideline of a two-day National Conference organised by the department.

The theme of the conference is; “Socialism and Capitalism in the Twentieth and Twenty-First Centuries: Reflection on the 2017 Russian Revolution and its Legacies.”

Narrating the Russian experience, Wuam said that the underlining conditions of autocratic rule by the ruling class, the remnants of feudalism and poverty of peasant and the working class made socialist revolution possible in 1971.

He stated that the ideological architect of the revolution was Karl Marx when he described capitalism as exploitative and inherently evil against the working class and the masses, adding that such system must be done away with.

“Following the 1917 revolution, the Bolshevik took over Russia, introduced socialism and abolished capitalism and private property for the first time in world history.”

He stressed that through socialism, Russia, known then as the Soviet Union from 1917 until its collapse in 1989, was able to guarantee education, healthcare and work for all.

According to him, the success of socialism in Russia and China over the years has forced the United States of America and other capitalist countries to reform capitalism and gave it a human face.

“The capitalist countries learned that if they don’t treat their masses and workers well, they would revolt like what happened in Russia.

“So they introduced the minimum wage and other welfare packages as a result of agitations by Marx and socialism, thereby reducing its exploitative nature,’’ he said.

According to Wuam, Nigeria can learn from this by making its own kind of capitalism to be more humane, by particularly taken care of the poor people, provide free education and healthcare services from the benefits of capitalism.

“October 2017 marked 100 years since socialism was introduced and a socio-economic and political system and we felt expedient to take a look at the event and see what lesson it has to offer for Nigeria and Africa.

“This is because although we can say that Marx was a whistleblower against the evils capitalism, capitalism is a good system for producing wealth, but the question has been, who enjoys the wealth it produces.

“Therefore, various agitations from a different part of the country could be addressed if Nigeria’s economic policies have a human face, through the introduction of welfare packages and equitable distribution of wealth.”

According to him, though socialism collapsed in 1991, the Russian Revolution should not be forgotten, but we should draw on its many lessons in order to strengthen our struggle against capitalism as a system.

“The system is daily proving less and less capable of meeting even the most basic needs.  In fact, the struggle by America to sustain this system, by all means, was a major factor in today’s global conflicts.”
Also speaking, the Vice Chancellor of the institution, Prof. Mohammed Tanko urged the government to look at the social ills that prompted the peasants and workers in Russia to rise up against the ruling class.

“If we have similar conditions that relate to the 1917 Russian Revolution, then the Federal Government and the capitalist in the country must ensure that the wealth of the society is equitably distributed.

“Not only that, the country must also ensure that the common man is taken care of, by ensuring that socio-economic safety nets exist for the most poor and the vulnerable in the society.

“The country must also take steps to work for the good of the masses by laying the foundation to prevent similar revolutions in the twenty-first century witnessed in Tunisia, Libya, Egypt and the Middle East.’’