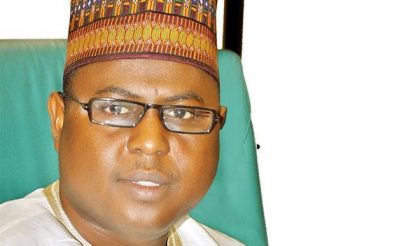 Hon Abdulrazak Namdas, Chairman House Committee on Media and Public Affairs has been elected as Deputy chairperson of the West African Caucus of Pan African Parliament.

Hon Namdas was nominated by Hon Mohammed Muttaka of the republic of Ghana who was later unanimously elected unopposed by members of the West African caucus.

With this, Hon. Namdas has joined the leadership of the Pan African Parliament.

Speaker of the House of Representatives, Yakubu Dogara,  has congratulated  Hon Namdas over his emergence as Deputy chairperson of the West African Caucus of Pan African Parliament.

The Speaker Dogara who described  Hon Namdas as a worthy ambassador of Nigeria  further urged him to deliver on his new mandate.