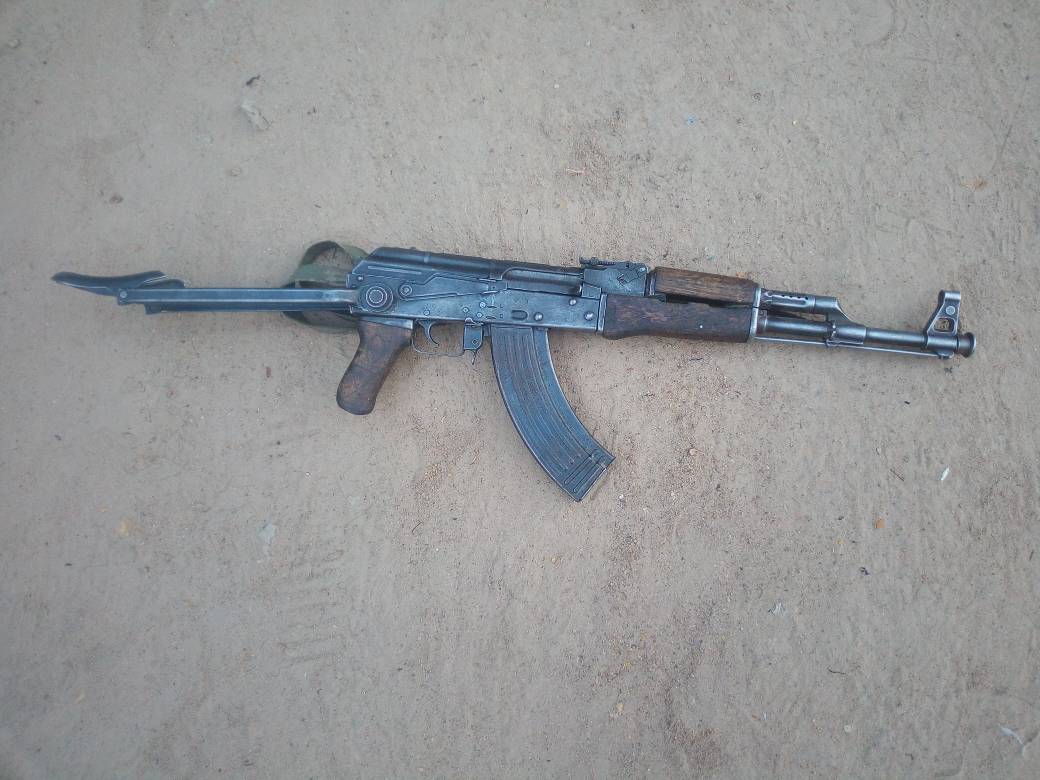 The terrorists on sighting own troops withdrew in dissary as the troops overpowered them with a heavy fire. Troops neutralized 3 of the terrorists, rescued a child who is between 5 to 6 years of age and recovered two Dane Guns.

Similarly, troops of 151 Battalion, 21 Brigade on patrol encountered some Boko Haram terrorists along Bama-BOCOBS road. The troops engaged the terrorists in a heavy fire fight and neutralized quite a number of them, while some of the terrorists escaped with gunshot wounds.

Regrettably, a soldier was wounded in action during the encounter. He has since been evacuated to the 7 Division Hospital and Medical Services and he is in stable condition.