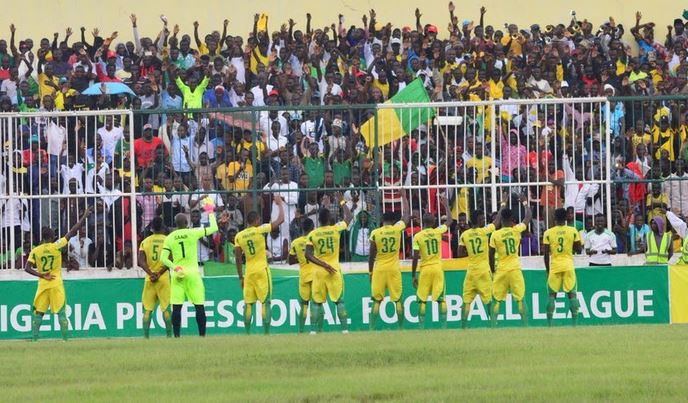 The Nigeria Professional Football League (NPFL) Champions, Plateau United FC of Jos has sacked 11 of its players as they intensify preparations ahead of the new season.

A statement by Albert Dakup, the club’s Media Officer, disclosed that the players were sacked for low productivity, age and indiscipline.

“The decision to drop the players was necessitated by the fact that the team will be competing on three fronts next season, including the CAF Champions League.

“As such serious-minded players with international exposure will be engaged to fortify the team,” the statement said.

It explained that some players such as Musa Adamu and Myep Bulus-Ghai who could not really feature for the team last season due to injury and illness were given a second chance.

The statement added that reserve team players who distinguished themselves were also upgraded into the main team.

According to the statement, the management of the club has negotiated with six new players and efforts were on to engage more to boost the team.

“Following the abysmal outing of Nigerian clubs in the continent, Plateau United will acquire the services of experienced, committed and dedicated players in order to put up a decent outing,” it added.