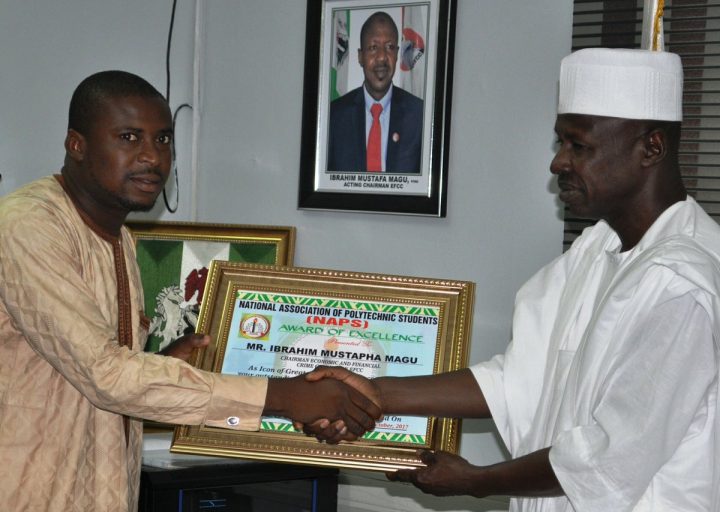 Magu made the call on Tuesday while receiving an honorary award of excellence from a delegation of the National Association of Polytechnic Students (NAPS) which visited him in Abuja.

He said in a statement by EFCC Spokesman, Mr. Wilson Uwujaren, that there was a need for education to be in the vanguard of teaching and awareness-creation on anti-corruption as a proactive measure to tackle the monster.

The News Agency of Nigeria (NAN) reports that the call came amid suggestions by anti-corruption campaigners that state and local governments are aloof in the ongoing anti-graft war.

Adeyemi had said there was no evidence to show that the state and local governments were in support of the Federal Government’s war against graft.
“If we are seriously fighting corruption as a nation, we must ensure that all strata of government keys in,” he said.

“The invitation to curb corruption in Nigeria is open to everyone.

“It is my desire for the Nigerian youth and indeed, everyone to partner with EFCC in this fight against corruption.

“The celebration of corruption must stop as corruption is evil. We must join forces to combat this societal ill,” Magu said.

The leader of the delegation, Jamilu Hassan of the Federal Polytechnic Bida, Niger State, said the award was in recognition of Magu’s outstanding contribution to the war against corruption.