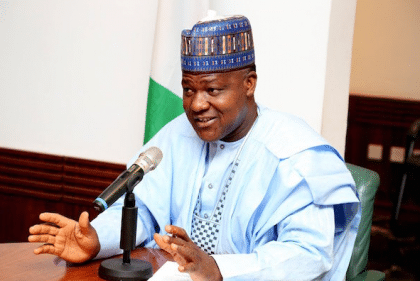 Speaker of House of Representatives, Mr Yakubu Dogara, says the House is focused on using oversight functions over the executive as tool to ensure good governance in the country.

Dogara said this in a keynote address at a two-day summit on Inter-Governmental/Party Relations and the Budget Reform Process for Sustainable Development in Nigeria, in Abuja on Tuesday.

He said that the power of oversight was to ensure development and better lives for Nigerians rather than a tool for adversity.

“Over the years, legislative oversight has been seen as more adversarial than cooperative.

“However, in conducting oversight, the principles of co-operative government and inter-governmental relations must be taken into consideration, including the separation of powers.

“It also includes need for all spheres of government and all organs of state to exercise their powers and perform their functions in a manner that does not encroach on the functions of other arms.

“Seen in this light, the oversight function of the legislature complements rather than hampers the effective delivery of services with which the executive is entrusted,” Dogara said.

He, therefore, called for more cooperative governance where the executive, the legislature and the judiciary joined hands in their collective struggle to develop Nigeria and ensure better lives for citizens.

The speaker added that the outcome and recommendations of oversights undertaken by the legislature must be eagerly received, studied and implemented by the executive as a measure of accountability.

He cited an instance where late President Umaru Yar’Adua requested for the report of a probe conducted by the house’s ad hoc committee on customs in the 6th Assembly and began implementing the recommendations.

“I can give personal testimony that as Chairman, House Ad Hoc Committee on Customs, the report of the investigation we conducted was requested for by him personally and he started to implement the recommendations,” he recalled.

He said that each arm of government must remain within its constitutional powers, and that when exercising those powers, it must not do so in a manner that encroached on the institutional integrity of another.

“This means that checks and balances must be in place with mutual respect for the authority and powers of the other arms so as to achieve better cooperation.

“The various ministries, departments and agencies are constitutionally required to account to the legislature, and they should always avail parliament of the complete picture on performance of the functions assigned to them.

“This is because the consideration of the annual report of the MDAs alone may not give the complete picture of the performance of the relevant functions.’’

The speaker restated that the power of appropriation was vested in the legislature which meant that it could alter proposals by the executive in any manner it felt would be more beneficial to Nigerians.

He also shed light on reforms the house had done on the budget process, including a bill he sponsored on budget reforms.

“The budget is also a legitimate opportunity for government to set its policy agenda and priorities.

“Thus, in almost all political systems, it is generally accepted that the executive has the primary role in developing an annual budget and presenting it to the legislature.

“However, the legislature plays a more active role in shaping the outlines of the budget submitted to it by the executive.

“In most presidential democracies, such as ours, the legislature has the right to review, in some cases, amend, alter, approve or reject the spending plan proposed by the executive.

“Suffice it to say that even in developed democracies, the executive and legislative branches have traditionally struggled to find an equitable balance of power over financial matters.

“Over the years, the National Assembly and the executive have often disagreed over basic and more fundamental issues ranging from the petroleum price benchmark for the budget and role of the Assembly in amending budget proposals,” Dogara said. (NAN)