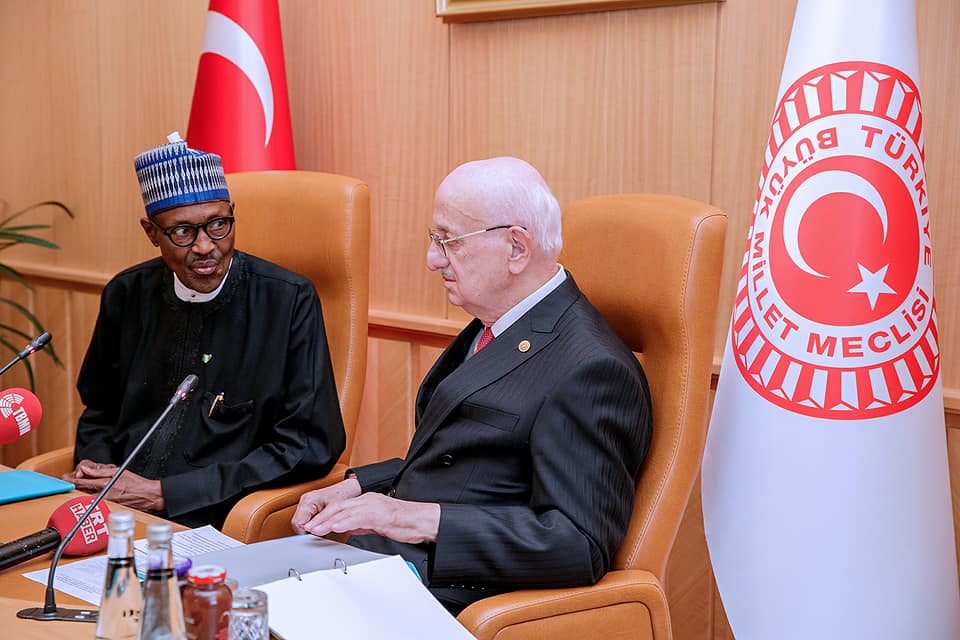 Garba Shehu, Ankara: President Muhammadu Buhari Thursday in Ankara said the international media must be commended for their ‘constructive coverage’ of the July 15, 2016 failed coup attempt in Turkey.

Speaking at a meeting with the Speaker of the Grand National Assembly of Turkey, Ismail Kahraman, President Buhari hailed the courage of the people of Turkey for defending democracy in the aftermath of the unfortunate incident of July 15.

“The international media helped the world in trying to understand what really happened (on July 15) and what the government is doing,” he said.

Reiterating Nigeria’s solidarity with Turkey after the failed attempt to oust a democratically-elected government, the President said Turkey’s assumption of the Chairmanship of the D-8 from tomorrow, October 20, will afford both countries the opportunity to work together on economic, security and political issues.

He told Turkey’s parliamentary leader, before flying to Istanbul for the ninth D-summit on Friday, that following the fruitful talks with President Recep Erdogan earlier on Thursday, both countries are optimistic of improved cooperation in strategic areas as soon as talks are finalised between their officials.

After the meeting with Kahraman, President Buhari visited a part of Turkey’s Parliament building damaged by a bomb during last year’s coup attempt, and laid a wreath at the site of one of the damaged areas.

The President then made an unscheduled appearance at the Turkish Parliament in session and his presence drew a loud applause when the Presiding Officer acknowledged him.