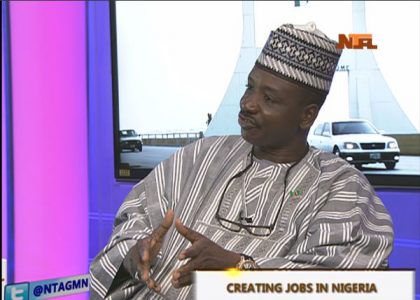 The Federal Government says it will train and empower 18,000 young men and women on skills acquisition to be self-reliant and employers of labour.

The Minister of Labour and Employment, Dr Chris Ngige, made this known on Monday at the flag off ceremony of the National Directorate for Employment’s skills acquisition programme in Birnin Kebbi.

“The effort is aimed at meeting the legitimate demands of unemployed citizens, especially the youth for decent job opportunities.

“The youths will be trained on requisite skills in painting, welding, tailoring, tile and marble laying, electrical wiring, advanced mechatronics for automobile repairs, ICT services, among others,” the minister said.

He said that President Muhammad Buhari had demonstrated his determination to empower youths through articulated policies, programmes and sustained support to agencies with constitutional responsibility of empowering youths and creating jobs opportunities.

“The President’s strive by the NDE to train and empower 12,000 Internally Displaced Persons (IDPs) is significant, because it will go a long way in aiding the recovery and rehabilitation of the North-East region.

”The training of 600 people under the Sustainable Agricultural Development Training Scheme (SADTS) by NDE is equally significant.

“The vision of President Buhari’s administration for agriculture is to work with key stakeholders and build an agribusiness economy.

According to him, the policy thrust of the Federal Government has opened opportunities for youths to embrace agriculture as a business, earn income and create mass employment.

Earlier, the Director-General of NDE, Dr Nasiru Ladan, said that 4,820 would be trained in different quick-win vocational skills ranging from domestic, technical to traditional weaving skills.

Ladan said that the 12,000 IDPs from the North-East would receive packaged training in diverse income generating skills to enable them to engage in active economic activities.

“This will integrate them back into economic production and enhancing the wellbeing of their families and society at large,” the director-general said.

He said that there had been a proposed collaboration with the Central Bank of Nigeria (CBN) and selected participating financial institutions, capable of providing over 30,000 trained NDE graduates with a take-off loans attracting single digit interest.

Ladan also explained that the directorate had undertaken a wide variety of employment promotion and poverty reduction activities for over 30 years.

“The experience acquired has positioned the NDE to play a dominant role in the efforts of the Federal Government to fight unemployment and reduce poverty,” he said. (NAN)