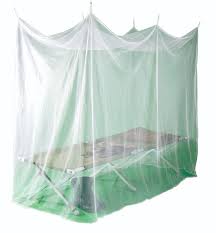 The United States Agency for International Development (USAID) in collaboration with the Kebbi State Government has distributed 2.5 million treated mosquito nets in the 21 local government areas of the state.
The state Commissioner for Health, Alhaji Umar Kambaza, disclosed this while inaugurating a committee for the distribution of mosquito nets in Birinin Kebbi on Thursday.
Kambaza noted that USAID was primarily responsible for administering civilian foreign aid and eradication of communicable diseases in third world countries.
He added that the state government has introduced a programme for the total eradication of malaria in the state and commended USAID for its assistance to the welfare of the people.
The commissioner said that members of the mosquito distribution committee were drawn from ministries, agencies, departments, media outfits, NURTW, traditional institutions and religious leaders as well as security operatives.
He said the members were selected based on merit and dedication to offer service to humanity.

“I challenge you to work hard to ensure justification of the confidence reposed in you,” he said.
The Director of Public Health, Alhaji Kabiru Alhassan, had earlier expressed readiness of the state towards the success of the programme.
Alhassan assured that all households would receive two long lasting insecticide mosquito nets in all the 21 local government areas of the state.
He called on stakeholders, especially security operatives, to assist towards ensuring the success of the campaign. (NAN)