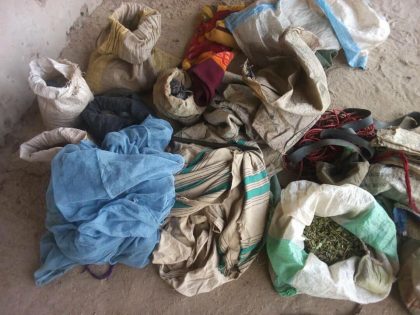 Troops of 112 Task Force Battalion of 22 Brigade deployed in Dikes on Operation LAFIYA DOLE in furtherance of the ongoing clearance operation at the early hours of Thursday, 26th October 2017, successfully ambushed a group of Boko Haram terrorists. The terrorists were attempting to cross into Sambisa forest through Lumda village, some few kilometres away from Maiduguri – Dikwa Road in Borno State.

The troops sprung the ambush on the unsuspecting terrorist and neutralized 3 of them, while several others escaped with gunshot wounds. The troops further recovered 5 bicycles, mechanic tools, sacks containing various items and some mosquito nets from the ambush site.

The public is please requested to remain vigilant and report suspicious movement of persons to security agencies.