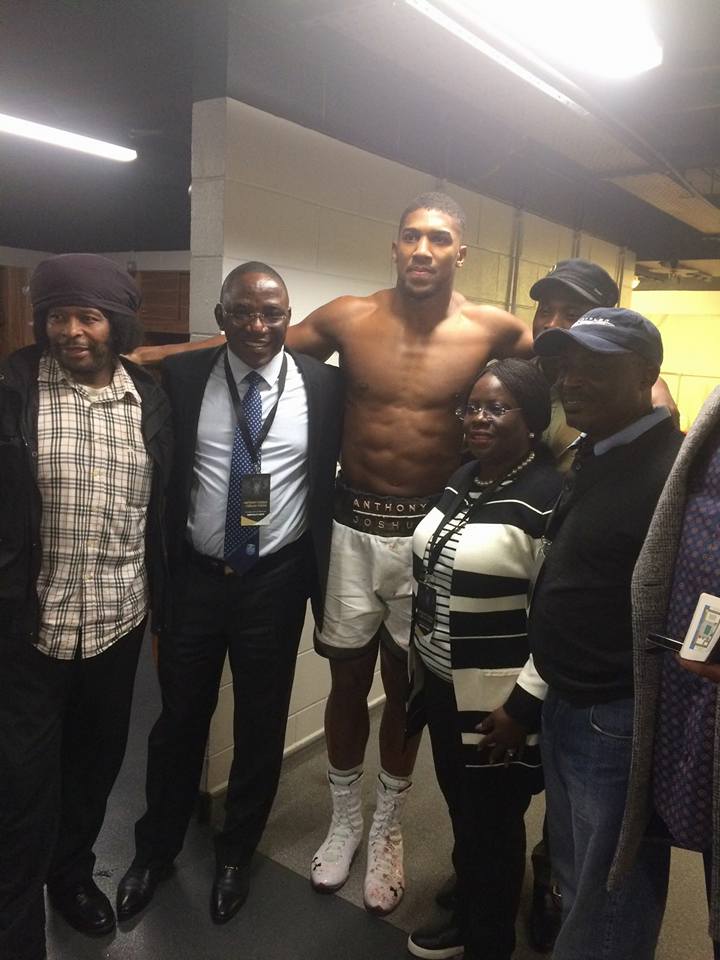 Nigeria celebrates with Anthony Joshua as myself and the Deputy Governor of Ogun State shared this victory moment with the heavyweight champion after the fight in Stadium Principality Cardiff, UK.

It’s no news that Nigeria has enjoyed the upper hand against its West African neighbors Cameroon.

The Super Falcons defeated the Indomitable Lioness in their backyard to claim the 2015 CAF Africa Women Cup of Nations.

Few weeks ago, the senior men’s basketball team beat Cameroon to advance to the semifinals of the FIBA Africa Cup Championship.

The success of the Super Eagles against the Indomitable Lions where they snatched 4 points from the available 6 points to qualify for the 2018 World cup is still fresh in our memories.

Yesterday was another win by Anthony Joshua which confirmed our superiority and how far our sportsmen have gone in recent years.

Barr. Solomon Dalung further said, “I have conveyed the goodwill message of his Excellency, President Muhammadu Buhari to him when we met after the fight.”

“I imperatively made him understand how much the government and the people of Nigeria are proud of his achievements as our son,” Dalung

The current unified world heavyweight champion, having held the IBF title since 2016, and the WBA (Super) and IBO titles since April 2017 boasts of a flawless professional record of 19 fights, 20 victories and all of them coming through knockouts.