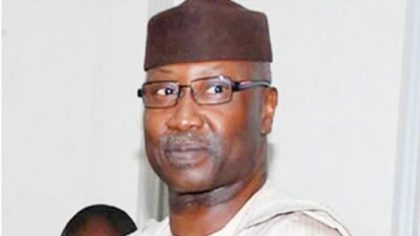 Mr Femi Adesina, the president’s Special Adviser on Media and Publicity, confirmed this development in a statement issued in Abuja on Monday.

The statement read: “President Muhammadu Buhari has studied the report of the panel headed by the Vice President, Prof Yemi Osinbajo, which investigated allegations against the suspended Secretary to the Government of the Federation, Mr Babachir David Lawal, and the Director General, National Intelligence Agency (NIA), Ambassador Ayo Oke.

“The President accepted the recommendation of the panel to terminate the appointment of Mr Lawal, and has appointed Mr Boss Mustapha as the new Secretary to the Government of the Federation. The appointment takes immediate effect.

“President Buhari also approved the recommendation to terminate the appointment of Ambassador Oke, and has further approved the setting up of a three-member panel to, among other things, look into the operational, technical and administrative structure of the Agency and make appropriate recommendations.’’

In December 2016, the presidency had inaugurated an investigation committee that indicted Mr David Babachir Lawal, Secretary to the Government of the Federation (SGF), on the allegations of violations in the award of contracts under the Presidential Initiative on the North East (PINE).

His was the former Managing Director/CEO of the National inland waterways Authority (NIWA).

He was born in Adamawa and attended Hong Secondary School, in Hong Adamawa and North East College of Arts and Sciences Maiduguri Borno state, crowning it with WASC and HSC in 1976.

He earned his Bachelor of Law (LL.B) from the Ahmadu Bello University, Zaria in 1979 and was called to bar in 1980.

Mustapha did the compulsory National Youth Service Corps (NYSC) – Directorate of Legal of legal Services at the Army Headquarters and was in charge of review of Court Marshall Proceedings from 1980 to 1981. (NAN)