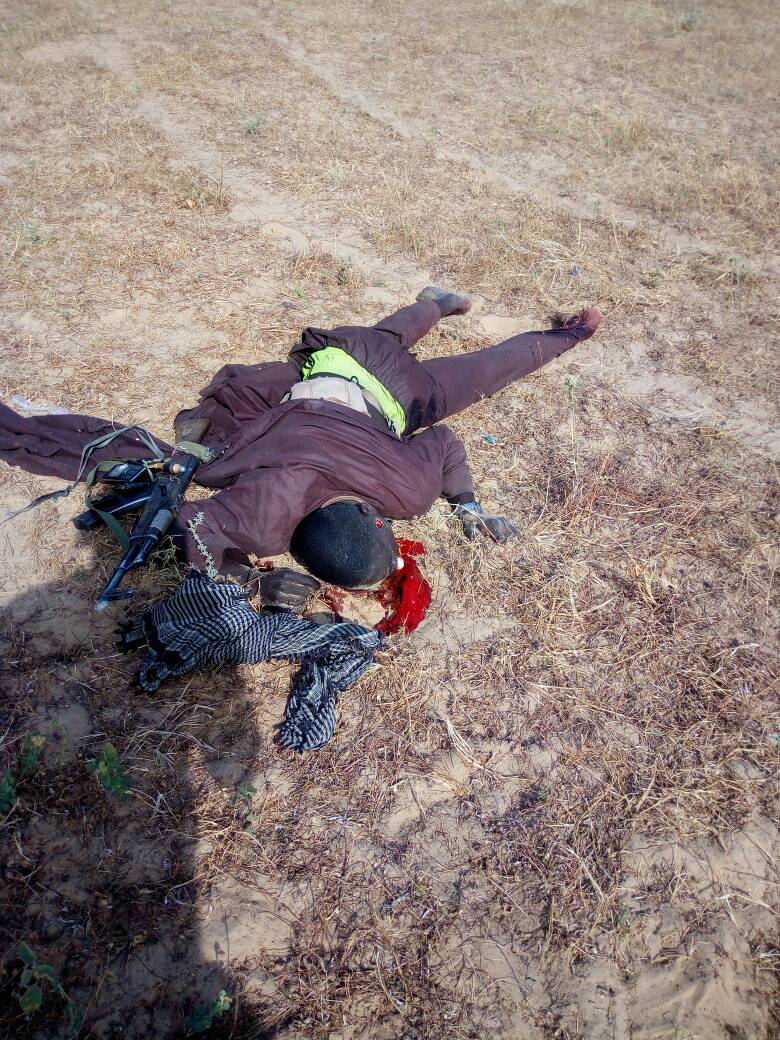 The Boko Haram terrorists were fleeing from the ongoing clearance operation in one of their hideouts in Gambo Yukku forest, Gubio Local Government Area of Borno State, when the patrol team accosted them but they refused to stop, rather attempted to outflank the troops, but were spotted and shot by vigilant troops during the fire fight that ensued.

The troops recovered an AK-47 riffle, a magazine with a single round of 7.62 millimeters ammunition and 2 machetes. Other items recovered include 2 mobile telephone handsets, 2 horses and 7000 Naira cash.