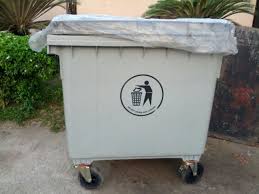 The Niger Government has purchased 1,000 road side waste bins to fight against indiscriminate waste disposal and littering of the environment.

He said the state government was declaring war against litters, hence the need to have the waste bins along the roadside.

Barau said that the waste bins were part of government efforts in ensuring that residents lived in a litter-free society.

According to him, the roadside waste bins will make it easy for people eating sugar cane, ground nut and drinking pure water or bottle water, to easily dispose of the waste.

He said the waste bins would afford people to place advertisement on it which will serve as another source of revenue generation for government.

Barau said that the agency would ensure proper monitoring of the bins against mischief makers who would want to destroy or steal them.

He called on road users to assist the agency to keep watch of the bins and report to the appropriate authority anyone caught vandalising them.

“We have a team on ground that is ready to move immediately to apprehend anyone caught stealing the bin and retrieve them if stolen.

“Those who are not happy with the new development should know that tax payers’ money was used to purchase these items and if they are destroyed by individuals, that will only bring about setback,’’ he said.

He solicited the support of religious and traditional leaders to assist government to educate the people on the effect of indiscriminate dumping of refuse.(NAN)