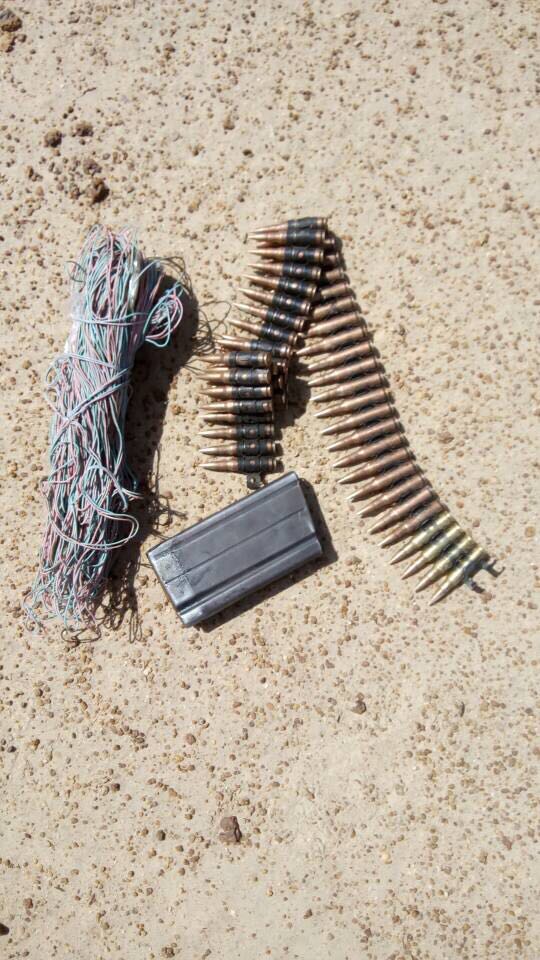 Although the troops successfully cleared the ambush after a heavy fire fight, regrettably 4 persons lost their lives when their vehicle stepped on a buried Improvised Explosive Device on the road. Similarly, twelve persons comprising 6 soldiers, 2 Civilian JTF and 6 Internally Displaced Persons sustained various degrees of injuries.

The terrorists who laid an improvised explosive devices on the road to deter troops movement had amongst them a suicide bomber who could not bear the troops heavy volume of fire which made the terrorist to detonate the explosive killing only himself.

The Troops displayed high level of gallantry by swiftly engaging the terrorists which led to the neutralizing of the large number of the terrorists while some of them escaped with gunshot wounds. During the exploitation process, they also discovered bodies of some of the Boko Haram terrorists and recovered 2 Fabrique Nationale Rifle magazines, 50 Belted 7.62mm special and a Detonating Cord 33 used by the terrorists in detonating Improvised Explosive Device.

The wounded soldiers have since been evacuated by Nigerian Air Force helicopter to 7 Division Hospital and Medical Services and are recuperating well.