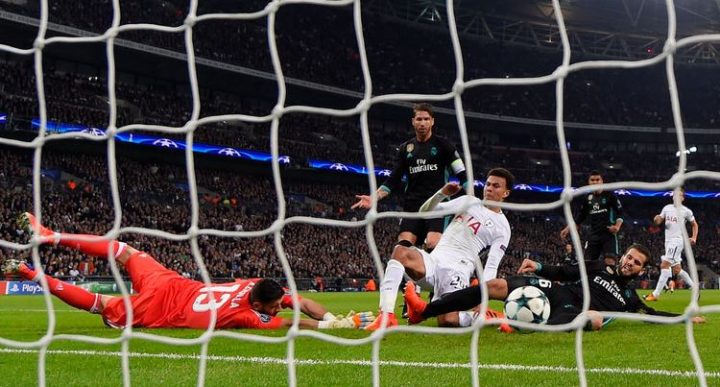 This as also added to injury the poor domestic form of the Spanish Champions in the La Liga. This will result in mounting pressure on the club’s manager, Zinedine Zidane.

There will be plenty for Zidane to listen to after this monumentally inept performance in Wembley if he so chooses to pay attention to it. Commentators in Spain will drown this Real Madrid team in criticism. This was a performance unworthy of the club, of the standing Zidane, has given the team in the past two seasons.

Dele Alli found the net in each half as Eriksen caps flowing counterattack with third Spurs goal. However, Ronaldo replies, but Spurs condemned Madrid to a first UEFA Champions League group stage defeat in 31 games. The holders are now three points behind Mauricio Pochettino’s men, but also as many points clear of both Dortmund and APOEL.