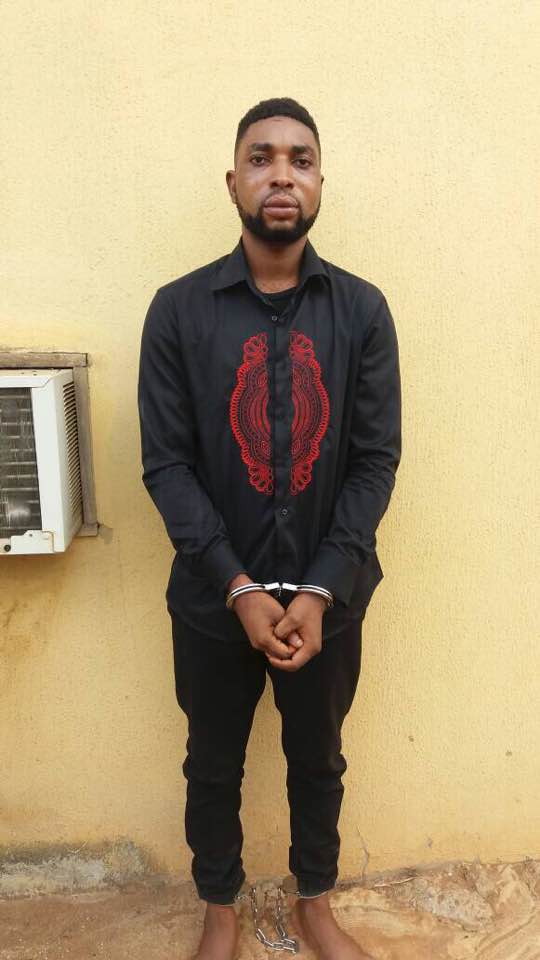 Henry Specializes in VIP Impersonation on Social Media, Abba Kyari Happens to Be His Latest Victim

Recall Last week Abba Kyari alerted friends on Facebook about Someone who had opened a Facebook Page with his Picture and name to defraud innocent Nigerians.

After Series of follow up, the impersonator was arrested at around 3am in Asaba Delta State.

Henry confessed that for the past 3yrs he has been posing on Facebook as DIGs, AIGs, CPs, Ministers, SGF, MD Of Companies and lastly my humble self.

He Claims he will get Jobs, Postings and UN Peace Keeping Work for his Victim’s who felt they were Communicating with the prominent citizens whose pictures are usually displayed.

Henry also confessed he was apprehended in 2015 for the same crime and was subsequent charge to court where he was granted bail and he continued committing same crime without remorse.

The Phone and Sim cards plus the ATM Card of the Account he uses in defrauding innocent citizens were recovered from him.

He said “when I saw your Post about me on Facebook and people’s comments on the post, I Quickly Googled to Read about your Profile/Records and since then I been having sleepless nights.”