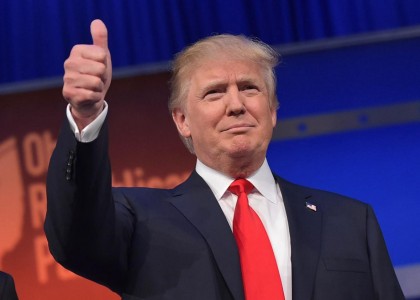 U.S. President Donald Trump has called a deadly shooting incident at a church in the state of Texas a “mental health problem at the highest level.”

“It’s a very sad event. These are great people,” he said at a news conference in Tokyo, apparently referring to the victims of the shooting.

“We have a lot of mental health problems as do other countries,” the president said.

He also mentioned a “very deranged individual with a lot of problems for a long period of time,” appearing to refer to the suspect.

Trump said his “thoughts and prayers are with the victims and the families in today’s horrible … attack” in Texas, which he called a “horrific shooting.”

During a crisis, “Americans will do what we do best: We pull together and join hands and lock arms and through the tears and sadness we stand strong,” Trump said at the residence of the U.S. ambassador to Japan.

He also urged Americans to pray for the wounded and the families of the victims.

The president said the shooting occurred at a “place of sacred worship.”

Gov. Greg Abbot said on Sunday that 26 people were killed after a gunman opened fire during a service at a Texas church.

Abbot said the attack at First Baptist Church in Sutherland Springs, Texas, was the “largest mass shooting in the state’s history.”

Some 20 people had been transported to local hospitals with injuries ranging from minor to severe, authorities said.

The victims ranged in age from five to 72 years.

The gunman was seen at a gas station across from the church at 11:20 am (1720 GMT) dressed in black and wearing tactical gear before crossing the street and firing his weapon outside the church, said Freeman Martin of the Texas Department of Public Safety.

A local resident stopped the gunman, ending the carnage at the church, Martin said.

The resident grabbed his rifle and rushed to the First Baptist Church, where he “engaged” the gunman.

The suspect then dropped his gun and fled in his car.

He was pursued by the local resident and was later found dead by police in his car, Martin said. It was unclear whether the gunman had killed himself or if he was shot by the pursuing citizen.

In 2012, Kelley, a former Air Force service member who was licensed to be a security guard, was court-martialled and convicted of domestic violence, and he received a bad conduct discharge, the San Antonio Express-News reported, citing an Air Force spokeswoman. (dpa/NAN)