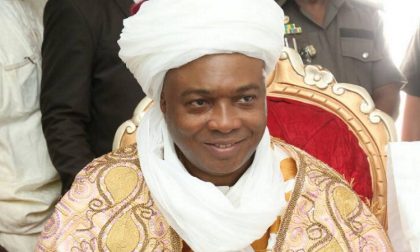 President of the Senate, Dr. Abubakar Bukola Saraki, on Tuesday, congratulated the newly appointed Chief Missioner of the Nasrul-Lahi-Li- Fathi Society (NASFAT), Imam Maruf Onike AbdulAzeez.
Saraki, who is the Baba Adinni of Ansar-ul- Islam Worldwide, in a statement by his Special Adviser on Media and Publicity, Yusuph Olaniyonu, said the appointment was well deserved and described Imam AbdulAzeez as a consummate scholar, highly  educated and enlightened religious leader whose tenure will witness immense growth and development in NASFAT.
“Your contributions to the progress of NASFAT in the last two decades attest to your worthiness to occupy and deliver in your new office,” Saraki said. “With your experience, integrity, education and spiritual savviness, I am confident that you will work with others in the Society’s Mission Board and Board of Trustees to take the society to enviable heights.”
Saraki also lauded the entire leadership of NASFAT for their commitment in spreading spiritual light which has greatly contributed to the betterment of the Nigerian society, their investment in the education sector and their many acts of charity which have led millions of people to the path of righteousness and Godliness.
“NASFAT has been in the forefront of bringing together more muslims who are educated, patriotic, committed to spreading the message of Allah (SWT) and tolerant of people of other faith. It is my belief that the society under Imam Abdulazeez would consolidate on the present achievements and break new grounds”, the Senate President stated.
He urged the leadership and members of the Islamic body not to relent in their prayers for the security, peace and overall development of the country.