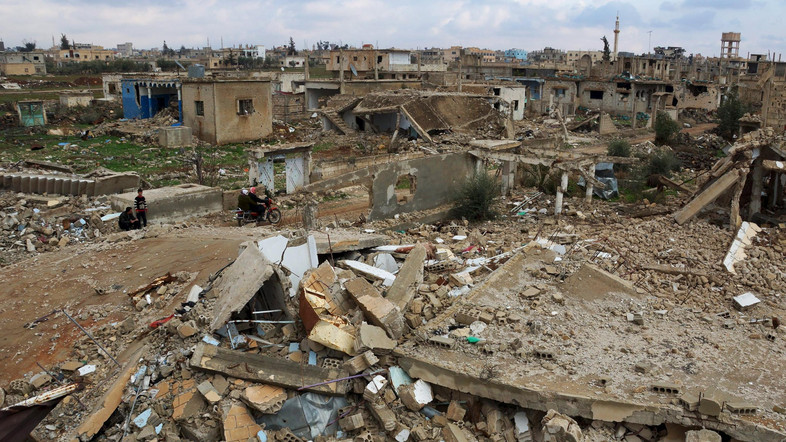 Isis militants withdrew on Thursday from their last stronghold in Syria, a strategic town near the border with Iraq, following a government offensive that has effectively left the extremist group’s fighters dispersed in villages in the desert.

The Syrian military declared the town of Albu Kamal liberated after intense battles that killed a large number of militants, including leaders. The military said they are still chasing other Isis militants in different directions in the desert.

“The liberation of Albu Kamal is of great importance because it is a declaration of the fall of this group’s project in the region generally and the collapse of its supporters’ illusions to divide it, control large parts of the Syria-Iraq borders and secure supply routes between the two countries,” said Army spokesman General Ali Mayhoub in a televised statement.

Despite its fall, the group’s media apparatus has remained active and its fighters are likely to keep up their insurgency from desert areas.

The swift fall of Albu Kamal in eastern Deir el-Zour province was accelerated after Iraqi forces seized al-Qaim, the town across the border last weekend, also controlling a strategic crossing between the two countries.

Report monitored from Independent, a senior Iraqi official said there was an agreement Tuesday to send Iraqi paramilitaries to Syria to take part in the Albu Kamal operation, adding that the Syrians were to supply them with weapons and gear. The official spoke on condition of anonymity because he was not authorized to speak to reporters.