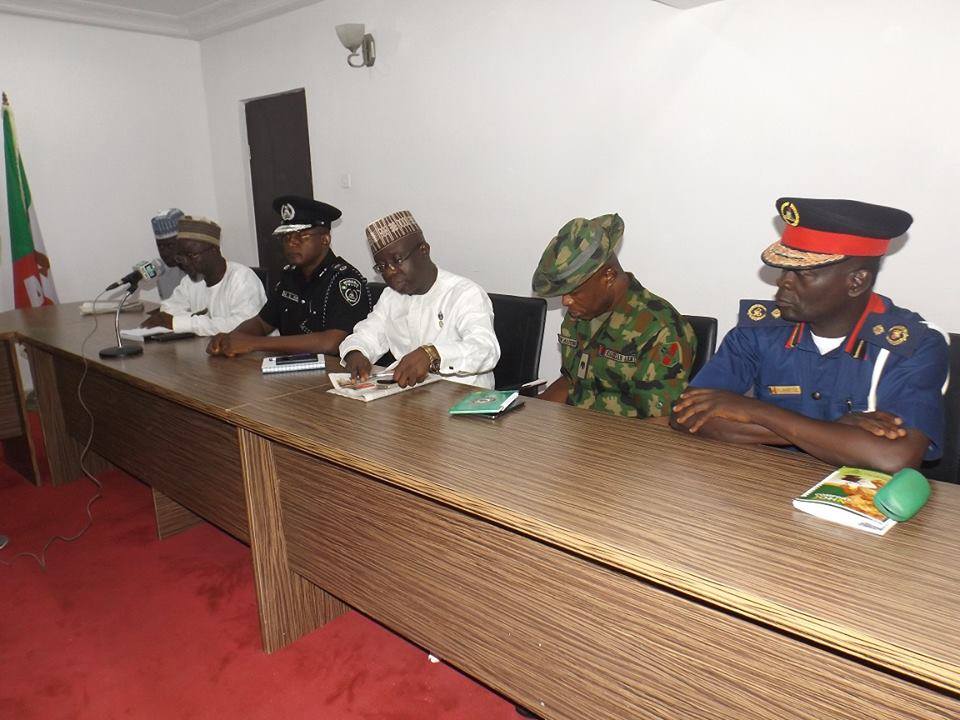 An emergency security meeting has just ended in the Office of the Deputy Governor of Nasarawa State. The meeting was in continuation of meeting held 2nd November, 2017. In the commencement of the meeting before going into close door, His Excellency, Silas Ali Agara, Deputy Governor Nasarawa State reiterated Government determination and drive towards protecting lives and properties in the State.

Earlier, the Benue State Government passed into law, the Anti-Open Grazing Act which took effect on the 1st November, 2017. Sequel to this development, herdsmen in Benue and environs embarked on massive exodus out of Benue to neighbouring States of Nasarawa and Taraba. The migration triggered apprehension in communities of Awe, Doma, Lafia, Keana, Obi LGAs of the State. Before now, affected Local Governments Areas were directed to carryout security surveillance and report any outbreak of law and order to security agencies for appropriate measures and possible solutions, which informed today’s meeting.

Ta’al Circle report after the closed door meeting, the Commissioner of Justice, Barr. Yusuf Shehu and Commissioner of Police, Mohammed Uba Kura briefed the press of the outcome of the meeting. The duo maintained that, so far, no violation of law and order was recorded from affected areas as wrongly speculated in some quarters. The Government however, directed IMC Chairmen & Overseers of affected areas to be on alert and keep watch on any eventuality that might threaten peace & security in the State.

The meeting had in attendance, the State Director SSS, Commissioner of Police, the Military, NSCDC others include, the SSG, Commissioner of Justice, PS Cabinet Affairs, HRH, Emir of Lafia, IMC Chairmen of Awe, Doma, Lafia, Obi, Keana LGAs and Overseers of Development Areas.