Italy Stunned by Sweden, Fail to Qualify for World Cup In 60 Years 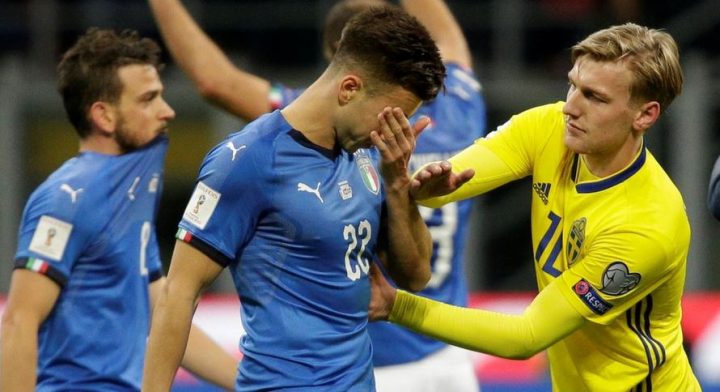 For the first time since 1958, Italy will not be going to the FIFA World Cup. Sweden held on to force a goalless draw in the second leg at the San Siro to defeat the Italians 1-0 on aggregate in their Russia 2018 play-off.

Despite creating the majority of the chances in the match and dominating in possession, Italy lacked the cutting edge they needed to find a goal, while Sweden goalkeeper Robin Olsen, captain Andreas Granqvist and Co did enough to help their nation over the line and into their first World Cup since Germany 2006.

The crowd at the San Siro of over 70,000 created an intense atmosphere which resulted in a frenetic and tense 90 minutes. Giorgio Chiellini, Andrea Barzagli and Jakob Johansson, goalscorer in the first leg, all picked up early yellow cards before the latter picked up a nasty-looking injury.

Antonio Candreva had the first real chance of the match when he ran on to a cut-back pass sent in by Ciro Immobile, but his shot flew just an inch over Robin Olsen’s crossbar. Olsen then made the biggest save of the half when he came off his line to make a crucial intervention from a close-range Immobile shot.

The anxiety levels went up to an entirely different level in the second half. As expected, Italy continued to dominate possession but Janne Andersson’s side were able to thwart any attacks Giampiero Ventura’s men attempted. 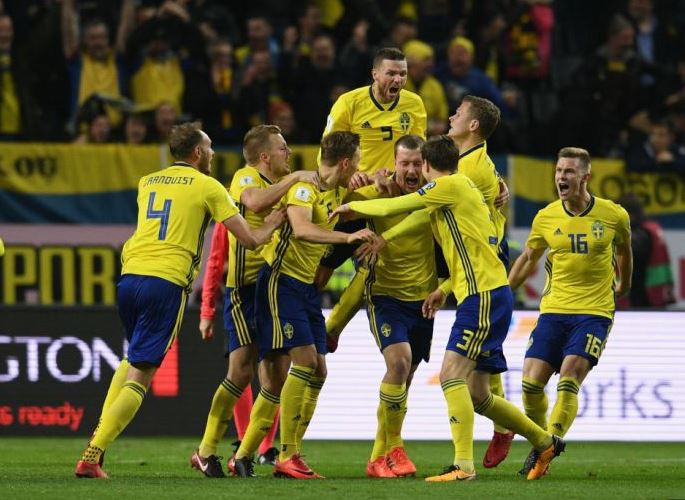 Alessandro Florenzi tried an audacious volley that went a foot wide of Olsen’s post, while Immobile came close at the near post but, ultimately, the Azzurri found no solutions to get back into the tie.

In 1938, they became the first team to defend their previous World Cup tournament victory and due to the outbreak of World War II retained the title for a record 16 years.

This means Italy will miss out on the world finals for the first time in 60 years.