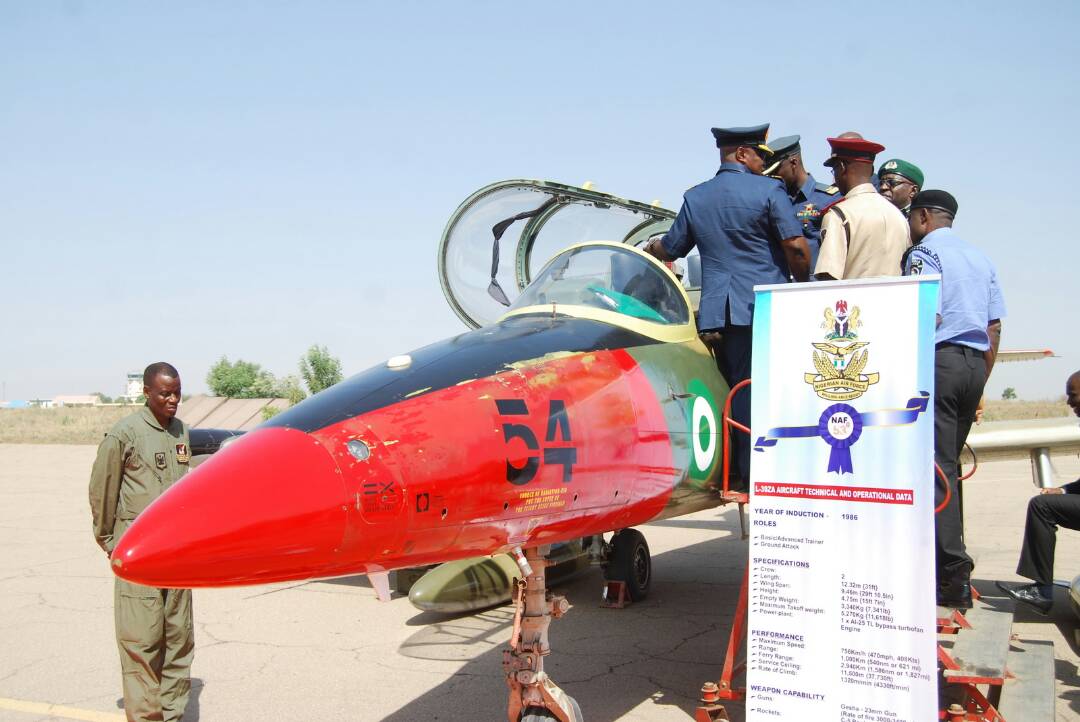 Olatukunbo Adesanya, Kano: The Nigerian Air Force (NAF) yesterday, 15 November 2017, graduated four fighter pilots from its 403 Flying Training School (403 FTS) Kano, in furtherance of the human capacity development efforts of the current NAF leadership. The young pilots commenced training at 403 FTS in Kano in 2016, as part of Jet Training Course 1, after they had successfully completed the Basic Flying Course in the United Kingdom. With the successful graduation, the number of fighter pilots available for operations in the NAF has increased thereby giving impetus to the ongoing fight against insurgency in the North East, cattle rustling in the North West and other forms of criminalities.

The Chief of the Air Staff (CAS), Air Marshal Sadique Abubakar, who was represented at the event by the Air Officer Commanding, Air Training Command, Air Vice Marshal Christopher Okoye, noted that the increase in number of young pilots that are flying NAF Platforms today is a departure from what obtained in the recent past when senior officers of the rank of Air Vice Marshal and Air Commodore were the ones flying. Today, most of the pilots flying NAF platforms, including the C-130 aircraft, are flight lieutenants and flying officers.

Speaking further, the CAS noted that following extensive training, platform acquisition and reactivation of grounded aircraft fleet, the NAF could more satisfactorily fulfil its statutory roles across the broad spectrum of national air power tasks. Air Marshal Abubakar added that some of the NAF’s L-39ZA aircraft had been modified into combat aircraft, as part of efforts to enhance the combat readiness of the NAF. According to him, “the rebuilding process continues to further enhance our manpower capacity as well as status of the NAF fleet. This achievement could not have been possible without the continuous support of the Federal Government”, he said. 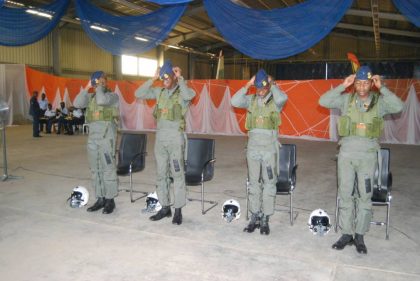 The graduating fighter pilots were charged to be selfless as they get set to start discharging their services to the country and the NAF. “This is a day to feel proud and to congratulate yourselves on your hard work and achievements. However, it also presents a time when you must begin to prepare yourselves to justify the efforts and resources expended on your training up to this stage. Remember to whom much is given much is expected.

Therefore, as you assume your next responsibilities in the NAF as operational pilots, there is a demand on you to reflect the quality of training received both at home and abroad”, he said. Highlights of the ceremony included an aerial display by instructor and graduating pilots while those who distinguished themselves on the Jet Training Course in various categories were honoured.

It could be recalled that the NAF only recently, graduated 16 ab-initio student pilots, including 2 female cadets from 401 Flying Training School, Kaduna. The decision of the CAS, on assumption of office, to make capacity building the focus of his administration, is certainly yielding good fruits, as the NAF increasingly becomes more robust and combat ready.