Re- Withdrawal Of Aide- De-Camp (ADC) To His Excellency, Chief Willie Obiano, Governor Of Anambra State 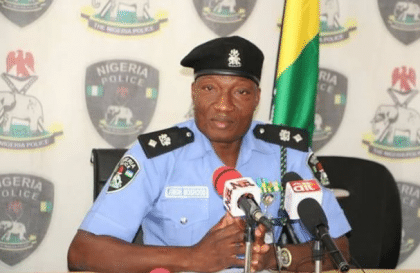 The Nigeria Police Force has observed the innuendo, distortion of facts and false assertion in the media about the withdrawal of the Aide- De- Camp (ADC) to the Governor of Anambra State, His Excellency, Chief Willie Obiano.

It is absolutely imperative to correct the wrong impression created in the media that the Governor’s Aide-De-Camp was withdrawn. The true position of the matter is that the Aide-De-Camp or any other Police Officer attached to His Excellency, Chief Willie Obiano, Governor of Anambra State was not withdrawn. On Tuesday, 14thNovember, 2017, the ADC and CSO to the Governor were called to the Police Command Headquarters in Awka to attend IGP’s lecture with all other Police Personnel deployed for the Election,  which was also attended by the Heads of other Security and Safety Agencies participating in the security arrangement for the election under the Inter-agency Consultative Committee on Election Security (ICCES) in the State, the ADC and CSO returned few hours later after the lecture, same date, to their duty posts in Government House, Awka, Anambra State.

Though, the Anambra State Police Command had issued a Press Statement to clarify the reasons why the ADC and CSO to the Governor were called to the command headquarters in Awka for the lecture and that they were not withdrawn, it is also pertinent to set the record straight and inform the Public and re-emphasize the fact that the ADC and CSO to the Governor of Anambra State, His Excellency, Chief Willie Obiano were not withdrawn from their duty posts.

For avoidance of doubt, a total number of Two Hundred and Twenty One (221) Police Officers and Men including the ADC and CSO are currently attached to the Governor of Anambra State, His Excellency, Chief Willie Obiano for his personal and office protection.

The breakdown is as follows:

Furthermore, the Security Arrangement currently being implemented by the Nigeria Police Force to ensure a conducive atmosphere for a credible, free and fair Gubernatorial Election scheduled for Saturday, 18thNovember, 2017 will not be compromised and will cover the protection of all the flag bearers of the Thirty Seven (37) Political parties participating in the Election.   The Force will also ensure adequate protection of the electorates, INEC Officials, Election Observers/Monitors, Electoral Materials and the general populace before, during and after the election.