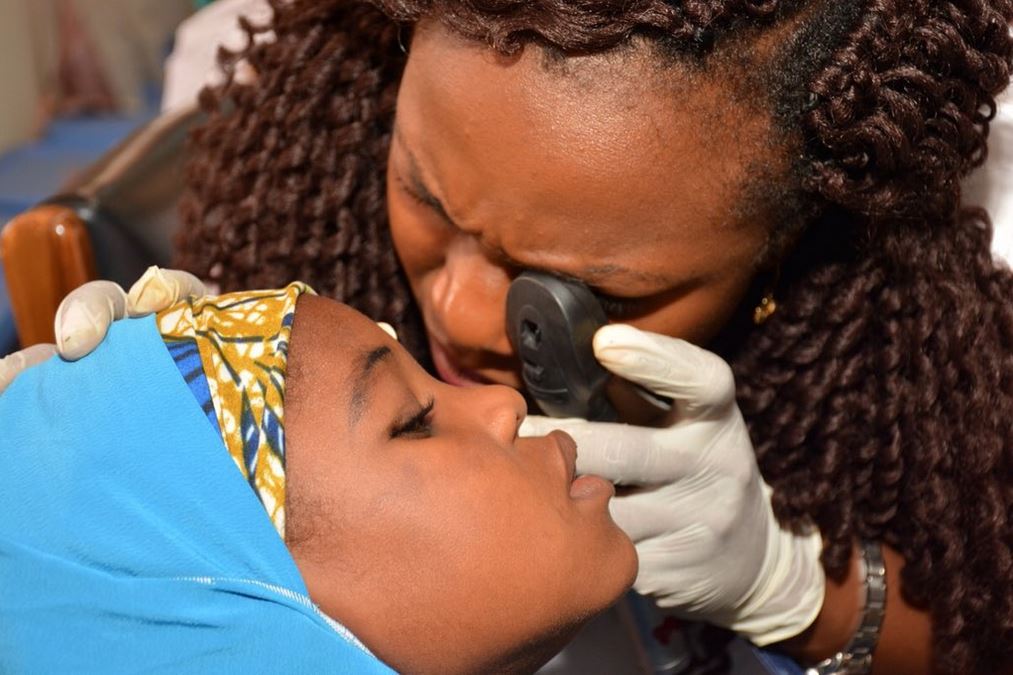 Suleiman Haruna, Abuja: Wife of the President, Mrs. Aisha Muhammadu Buhari has stated that the best way to improve health outcomes is to engage women and charge them to take responsibility for their health. She was speaking during the routine health screening exercise at Gombe town in Gombe state on Thursday 16th November 2017.

The event was organized by Future Assured Programme in collaboration with Cry for Help Foundation, an NGO.

Mrs. Buhari charged stakeholders to use every opportunity to encourage women to check their health status as regularly as possible so that any emerging health problems can be quickly contained.

Mrs. Buhari was represented at the event by the North East Zonal Coordinator for Future Assured programme, Hajiya Zuwaira Gambo, who said the aim of the outreach was to screen women for diabetes, hypertension and other killer diseases as well as provide essential medical services to the people at their door steps.

“We conducted screening for Hypertension, Diabetes and deworming for women and children as well as checked their eyes and on the basis of medical advice we give some of them glasses. We also sensitized them on the prevention and control of malaria during and after pregnancy and the importance of ante-natal care” she said. 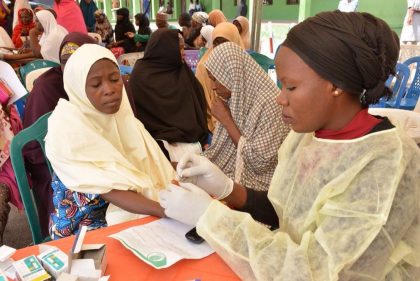 In her welcome address, the wife of Gombe State Governor Mrs. Adama Hassan Dankwambo, who was represented by the Gombe State Commissioner for Women Affairs Hon. Rabi Daniel, thanked Mrs. Buhari for attending to the medical needs of the less-privileged families in Gombe State. She assured the wife of the President of her continued support and collaborative effort through her NGO, “Hajiya Adama Women Empowerment Programme (HAWEP)”.

Also speaking, the Commissioner of Health, Gombe State, Dr. Ishaya Kennedy, represented by the Permanent Secretary in the Ministry, Mrs. Laraba Ahmed Kawu, said the programme came at a time when the state is contending with the influx of persons displaced as a result of Boko Haram insurgency in the neighbouring states of Borno, Adamawa and Yobe states. Kennedy said that the existing health facilities in the state were overstretched, even though the State Government had been making efforts to address the challenge. The commissioner therefore thanked the wife of the President and the wife of Gombe state Governor for providing this humanitarian assistance to the people of the state. 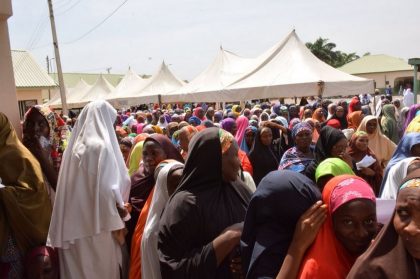 About 3000 beneficiaries were targeted for the exercise, which Future Assured Programme has conducted across the country in collaboration with local and international NGOs to raise awareness among women on the need to be more conscious of their health.