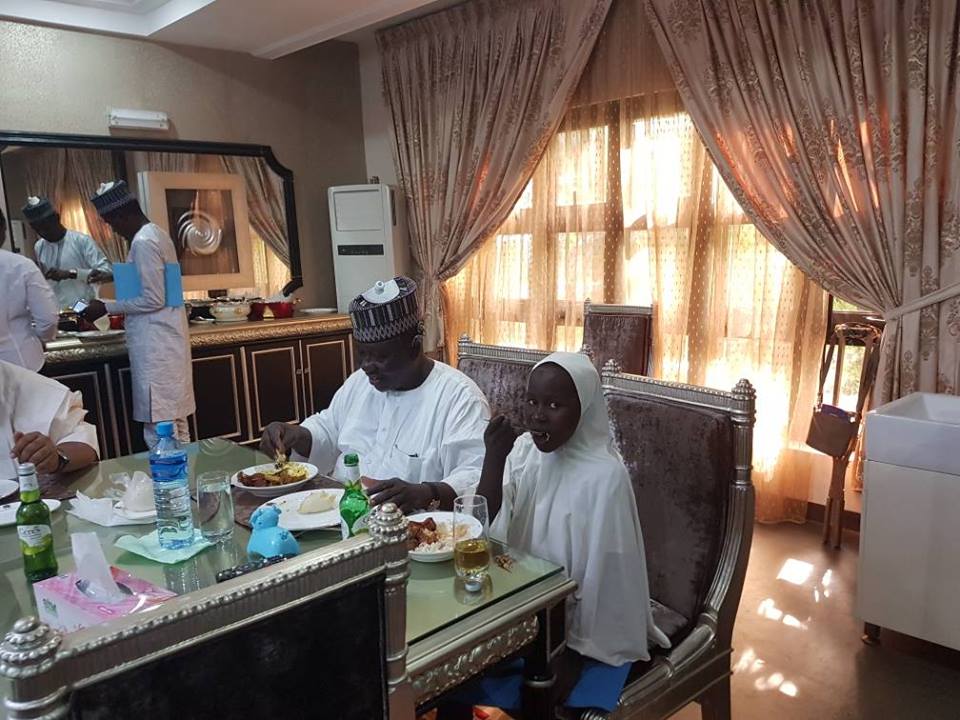 Hammamatu Isa a simple school girl of Lafia East Primary school who like her other two siblings went to school from their home in Tudun Kauri on the 15th of November thinking it was just to be another day at school.

But fate caught up with her as the 15th November was the birthday of the His Excellency Umaru Tanko Almakura the Governor of Nasarawa State, and in his usual fashion he decided to use his day of birth to inspire and motivate the children. After attending a birthday event the Governor was to return home to the government house but decided to visit the students of Lafia East Primary School.

On getting the school the Governor received rousing cheers from the students who rushed to see their Chief Executive , after being received by the Corp members and the staff of the school Governor Almakura started his speech to impact wisdom to the students, when a small bright eyed girl with crutches caught his eye. 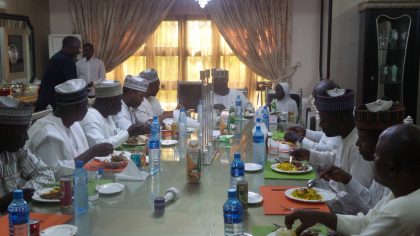 Governor Umaru Tanko Almakura who has always restated his determination towards running an all inclusive Government where all persons especially the disabled are carried along melted upon seeing the one legged girl that found her way to the front row while he was speaking.

After discussing with her, he asked her and her guardian to accompany him back to the Government House where he had a surprise for Hammamatu ,
Upon getting to the government house the governor sat her down to hear more about her and what happened to her. She explained that she was hit by a speeding truck which damaged her leg last year leading to the leg being amputated on a high part of her thigh. 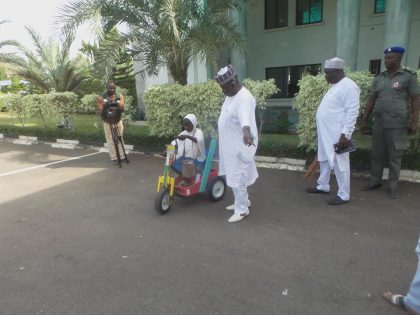 Gov. Almakura then gave her a brand new special hand pedaled tricycle. Providing words of encouragement and hope stating that he would discuss with some doctors on the possibility of her getting a prosthetic leg, and lastly giving her a sum of money to give her mother. 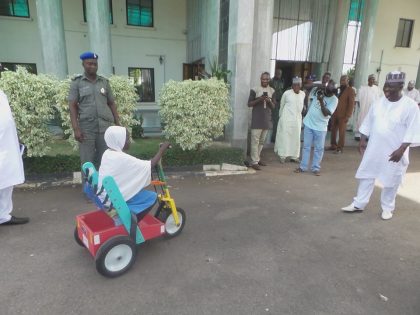 Gov. Almakura put a now smiling Hammamatu in her new tricycle and guided her as she took her first ride, learning how to pedal and turn.

After having lunch with the Governor , Deputy Governor and other executives , Hammamatu Isa’s day with Gov. Almakura came to an end as he bid her goodbye as she and her guardian were taken back home with her new tricycle. 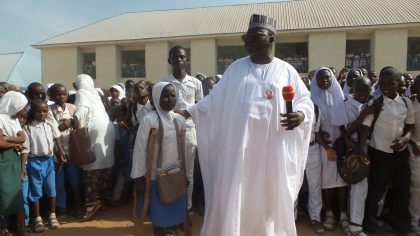 The concern and attention to the disabled and weak has made Gov. Almakura special not only to Hammamatu , not only to Nasarawa State but to Nigeria as a whole.