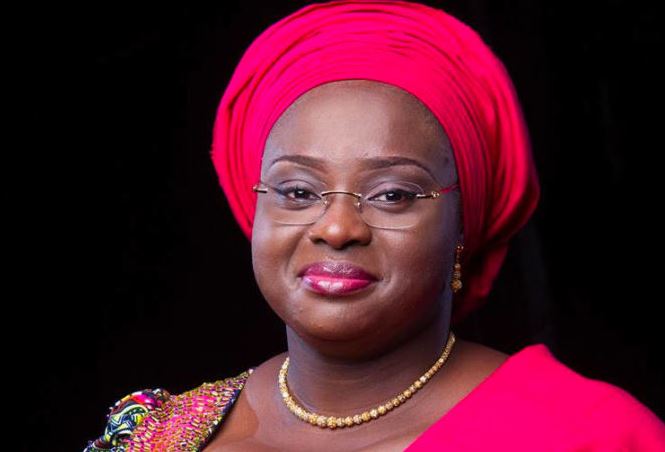 In a bid to stop open defecation in Kwara, the Wife of the Governor, Mrs. Omolewa Ahmed, has built two toilets in the central market in Ote, Asa Local Government Area of the state to improve the health of the people.

The wife of the governor was represented by the Executive Director of LEAH, Mr. Lanre Bello at the occasion.

She promised that LEAH would establish such similar facility in the remaining 15 local government area of the state, adding that the initiative of the NGO is tailored toward the needs of communities across the state.

“We are committed to the health of the family and communities in our schemes,” she said.

Earlier in her address at the occasion, Alhaja Kehinde Bale, former member, Transitional Implementation Committee in the state appealed to the people of the community to make judicious use of the toilets.

She also told them that the state government would soon commence recruitment of teachers, adding that interested and qualified people in the community could apply for the teaching job.

In his address of welcome, Alhaji Yusuf Abdul, the Alangua of Ote, commended the Wife of the Governor for the gesture.

He said the market area initially lacked toilets; a development he noted made everyone to engage in open defecation with attendant health hazards such as the outbreak of diseases.

The Alangua appealed to the state government to provide trash-trucks to evacuate the refuse that usually accumulates in the community.

Abdul pledged that the Ote community would make judicious use of the toilets and ensure their absolute maintenance.