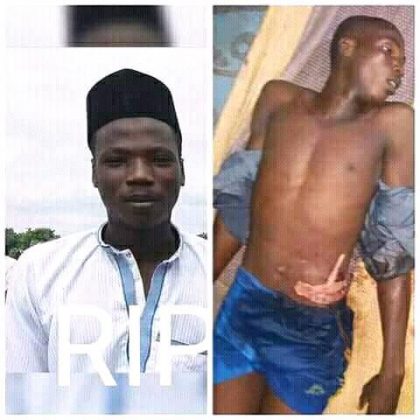 The Kwara Command of  Nigerian Security and Civil Defence Corps has confirmed that three people were shot dead in Lafiagi,  Edu Local Government Area on Friday.

The deaths are suspected to be related to an issue associated with the conduct of the council elections in the state on Saturday.

Mr Kunle Bilesanmi, the Public Relations Officer of the command, told the News Agency of Nigeria (NAN) on Saturday that some persons also burnt down a portion of the residence of Sen. Mohammed Sha’aba (APC-Kwara).

Bilesanmi, however, said the command could not ascertain those who  shot dead.

Meanwhile, NAN learnt  that crisis erupted when some youths barred  Sha’aba, a former governor of the state, who is representing Kwara North in the Senate, from coming into the town..

A source said  the youth’s action was as a result of the alleged failure of the senator to assist the community in repairing a collapsed culvert on the road leading to the town.

The youth were said to have barricaded the road when Sha’aba was coming home for the council poll.

They allegedly insisted that he would pass through the culvert that they mobilised resources to repair.

The source said when the senator found it difficult to enter  the town, he called for security reinforcement.

The source said when the security men, mostly soldiers arrived, they allegedly shot sporadically and killed three people were killed. .

The source claimed the action of the security personnel led the youth to burn the residence of the senator.

A man, who said that his young brother was among the dead  threatened that no election would hold in the town. (NAN)