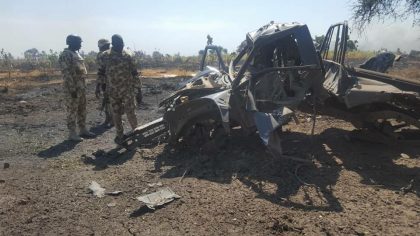 Mr Idris Garga, North East Coordinator of the agency stated this in an interview with News Agency of Nigeria (NAN) in Mubi.

“So far 15 people are killed and about 20 sustained different degrees of injuries in the Mubi Mosque bomb blast,” Garga said.

He said that suspected Boko Haram suicide bombers carried out the attack.

Also, Mr Haruna Hamman-Furo, Executive Secretary of the Adamawa State Emergency Management Agency (ADSEMA) also confirmed that 15 people were killed and several others injured due to the blast. (NAN)