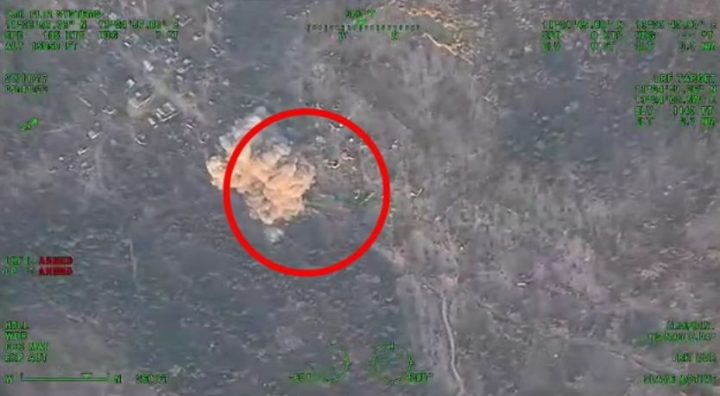 The Nigerian Air Force (NAF) says it has successfully destroyed an insurgents’ facility for manufacturing of Improvised Explosive Devices (IEDs) in Borno.

The Director of Public Relations and Information, NAF Headquarters, Air Commodore Olatokunbo Adesanya, who disclosed this on Wednesday in Abuja, said the feat was in furtherance of operation “Lafia Dole”.

Adesanya said the facility was located in YIWE forest, 23km south of Konduga in the state.

“Previous NAF Intelligence Surveillance and Reconnaissance (ISR) missions had revealed the location to be the insurgents’ hideout, from where the Maiduguri suicide bombing of Nov. 18 was reportedly planned.

“Accordingly, one Mi-17 Helicopter, 2 x Alpha Jet and 2 x F-7Ni aircraft were detailed to carry out air interdiction on the target over a two-day period.

“Overhead the location, the aircraft took turns to deliver a combination of bombs, rockets and cannons on the target,” he said.

The director explained that the subsequent Battle Damage Assessment (BDA) revealed that the strikes had destroyed the IED-making facility and other insurgents structures, killing an unspecified number of them in the process.

He added that the air strikes also sparked a huge flame within the settlement, owing to the cache of IEDs stored by the insurgents, while a few fleeing insurgents were further strafed with cannons and rockets.