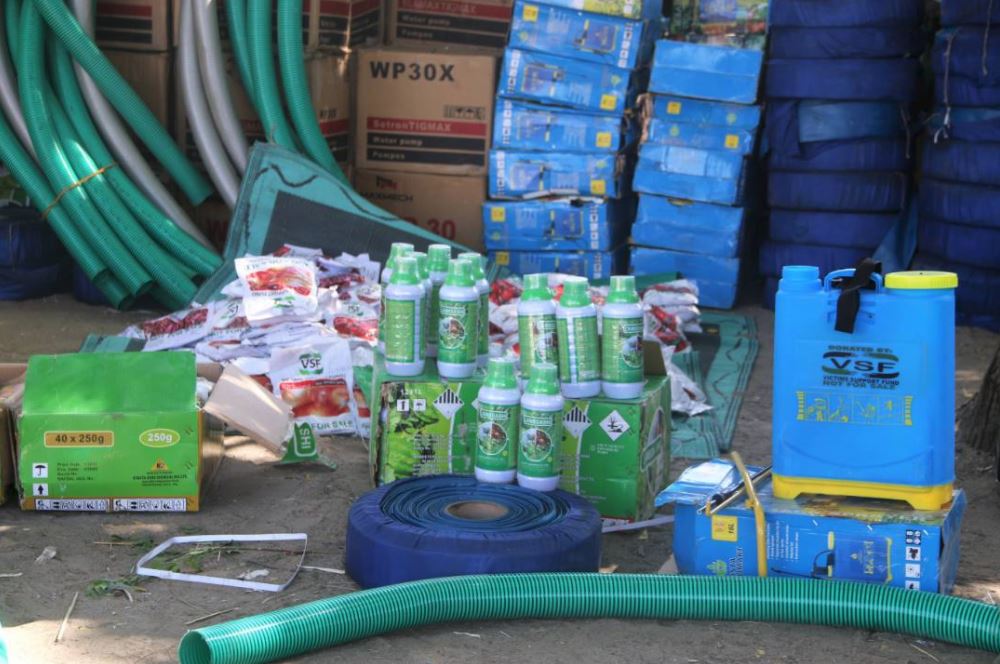 The Victims Support Fund (VSF), on Tuesday donated farm inputs to over 500 farmers in Kukawa area of Borno State as part of the effort to revolutionize dry season farming in the area. Prof. Sunday Ochoche, the Executive Director of the VSF, disclosed this during the distribution of the inputs to the beneficiaries in Kukawa, Baga Area Council.

Ochoche said that the gesture was part of its farming programme aimed at restoring the livelihood of victims of insurgency. He said that about 1,300 households in Kukawa, Hawul and Konduga Councils were identified and selected to benefit from the programme. He explained that the beneficiaries were provided with improved varieties of seeds, fertiliser, pesticides; sprayers and water pump to support dry season farming.

He disclosed that VSF had carried out various interventions in education support for children through provision of learning materials, introduction of foster care programmes for orphaned children as well as psychosocial support for children and their mothers. Other programmes included economic empowerment for women, strengthening health system to cater for the medical needs of victims, construction of public buildings and peace building advocacy among others. 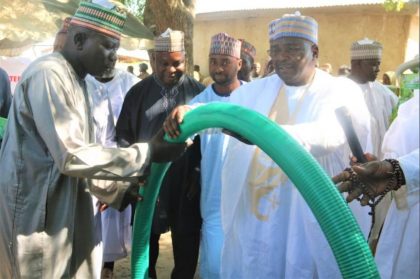 Said Professor Ochoche, “We have rehabilitated houses in Bama, Kaga, Konduga and other places. We have also empowered women in Chibok, Jere and Baga. Just recently, we distributed school materials in Kaga. Today we are here to launch one critical aspect of our programmes which is the dry season agricultural support for our peasant farmers. We congratulate the selected beneficiaries and also urge them to assist us by returning to Kukawa to pick up their livelihood. Life in the IDPs camp is not the best for you. Waiting for people to provide you with food sometimes you cannot get what you want or required quality and sometimes it does not come on time. Now we believe that life would return to normalcy, we are giving you all that you need for you to quickly return to your farms and begin to grow what you can feed yourselves as well as making money to look after your families.” 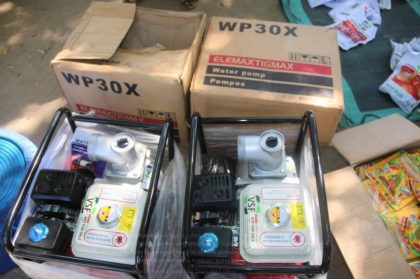 Gov. Kashim Shettima, in his remarks, commended VSF for their continued support to the rehabilitation and support for displaced victims in the state. Shettima, who was represented by Alhaji Muhammad Dilli, the Commissioner for Agriculture, said the gesture would go a long way in alleviating the sufferings of the IDPs. He said that the state government had procured agricultural implements worth billions of Naira to revolutionized farming. The governor said it had also put in place viable programmes in Kukawa to boost tomatoes and rice production in the area. 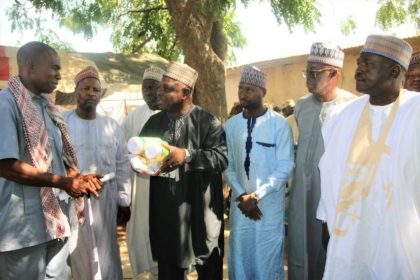 “We have set aside 1,000 hectares to produce rice in Kukawa. Government has also procured 1,000 tractors to be distributed to farmers across the 27 local government areas,” said Dilli.

About 80,000 residents displaced in the area have returned to their homes following relative peace.