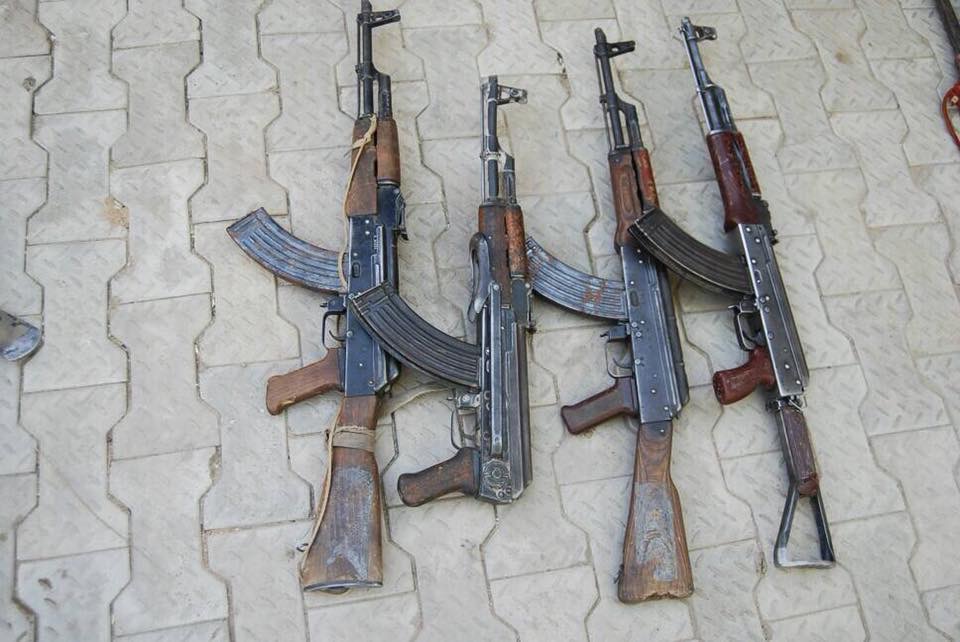 The troops whose continuous resolve in routing out the remnants of the suspected terrorists hibernating within the Brigade’s Area of Responsibility ensured that their superior fire power made the terrorists to flee in disarray leading to the capture of one suspected terrorist, while 8 of the Boko Haram terrorists were neutralized.

The gallant troops were also able to recover 4 AK-47 Rifles, 3 Magazines, 7 Dane guns and Machetes, amongst other items.

In addition, the troops also rescued 3 men, 12 women as well as 15 Children, among whom were an aged man and a woman held captives by the Boko Haram terrorists.

The suspected terrorist has been handed over to the relevant authorities for further interrogation, while the rescued civilian captives are being attended to.

Similarly, troops of 152 Battalion of the Brigade deployed as a blocking force at the Foward Operations Base Kumshe to aid a successful clearance operation ambushed some fleeing unsuspecting Boko Haram terrorists and neutralized 5 of the fleeing terrorists, while troops of 151 Battalion also deployed at the Forward Operations Base, Darel Jamel, neutralized a terrorist in an ambush.