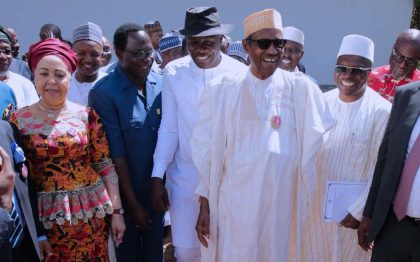 Stakeholders in the Federal Capital Territory(FCT) have urged the 30-member committee on new national minimum wage to conclude its speedily, to enable Nigerian workers to have a new lease of life.

The News Agency of Nigeria (NAN) recalls that President Muhammadu Buhari on Monday inaugurated the committee headed by Ms Amal Pepple, a former Head of the Civil Service and former Minister of Housing.

The stakeholders who spoke with a NAN correspondent in Abuja on Tuesday expressed concern over the lack of time frame in the committee’s assignment.

Reacting to the observation, Mr Issa Aremu, the General Secretary of National Union of Textile and Garment Workers of Nigeria (NUTGWN), said that the expectations of workers were high and as such, the deliberations of the committee should not be endless.

“This negotiation should not be endless; there should be a time frame that should not be more than six months; so, we are looking at the first quarter of next year.

“Today with naira devaluation, national minimum wage is around 40 dollars. The salaries can hardly take working men and women home with all the attendant negative implications on income, poverty and low productivity.

“We, therefore, look forward to a mutually speedy, rewarding negotiation on a new minimum wage.

“The negotiation committee should be fair and just to workers and the national economy in line with the President’s inaugural speech.”

Aremu said the increase in workers’ salaries and wages would fast track the Nigerian economy to full recovery, if only the government would put an end to the persistent crisis of compensation of the working class.

According to the union leader, the Nigerian economy can only recover fully with enhanced purchasing power, which is only possible through prompt and adequate payment of employees.

He also commended Buhari for his genuine concern over the perennial delay in the payment of workers by giving the defaulting states bailouts and Paris Club refunds.

“We are also happy with the directive by the President to governors to pay salaries before Christmas.

“We laud Mr president for this and we hope that the governors would pay their workers as at when due,” Aremu said.

Also commenting, the  Convener of “Say No Campaign”, Mr Jaye Gaskia, commended the Federal Government for taking the necessary steps to address the plight of workers, especially the issue of the new national minimum wage.

Gaskia noted that the new minimum wage was long overdue, urging the Federal Government to accelerate its implementation.

“I urge the committee to carry out a sincere negotiation that would be speedily carried out and concluded.”

Similarly, Mr Dimeji Macaulay, the Coordinator, Democratic Socialist Movement, Abuja Branch, said that only a speedy and realistic outcome of the committee’s deliberations would be appreciated.

He stressed that labour leaders’ role in ensuring that the committee agrees on a decent wage could not be over-emphasised. (NAN)