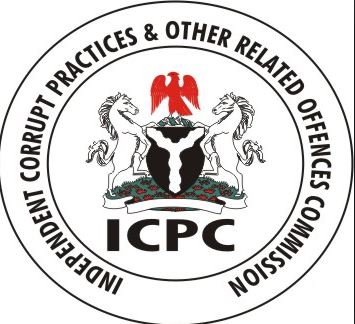 In a statement on Wednesday, Spokesperson of the commission, Mrs Rasheedat Okoduwa, said the culprits were mainly in the Office of the Head of Civil Service of the Federation (OHCSF).

Okoduwa said other “undeserving beneficiaries” were also involved in the alleged breach of the monetisation policy.

She, however, did not disclose the identity and number of persons involved in the act.

Under the Monetisation Policy introduced by the administration of former President Olusegun Obasanjo in 2005, official houses occupied by federal civil servants were sold to them by the government to reduce the cost of governance.

Okoduwa said, “In recent times, ICPC has been inundated with petitions from patriotic Nigerians drawing the commission’s attention to allegations of widespread abuse of the policy by beneficiaries.

“The Commission, while acting on the petitions, discovered through preliminary investigation that a number of civil servants in OHCSF, who benefited from the policy, had not paid for the houses since 2005.

“Some were discovered to have completely defaulted, and others found to be owing a sizeable balance of the money.

“The investigation further revealed that 32,305 houses were captured by the Committee on the Sale of Government Properties while 24,345 were eventually sold to beneficiaries.

“However, civil servants in some government agencies notably OHSCF and the Federal Housing Authority (FHA) have allegedly turned the policy into a shoddy business with the aim of defrauding the federal government.”

She said investigation also revealed that some public servants and government agencies were concealing official property and collecting rent on same without the consent of the federal government.

This, according to her, is a clear violation of the intent of the policy primarily aimed at divesting government’s interest in providing housing for its employees.

“Further discovery by ICPC has shown that staff in OHSCF allocated some of the houses to undeserving beneficiaries who were not public servants at the time of the exercise and some of the property is yet to be allocated.

“The investigation has so far yielded fruitful result with the recovery of N18, 031,000 from some civil servants and a host of companies.

“They include Montgomery & Campbell Ltd. and SICCONS, and the recovered money has been paid into the coffers of the government.

“ICPC assures Nigerians that anyone found guilty of contravening the law will be charged to court upon conclusion of investigation,” Okoduwa said.