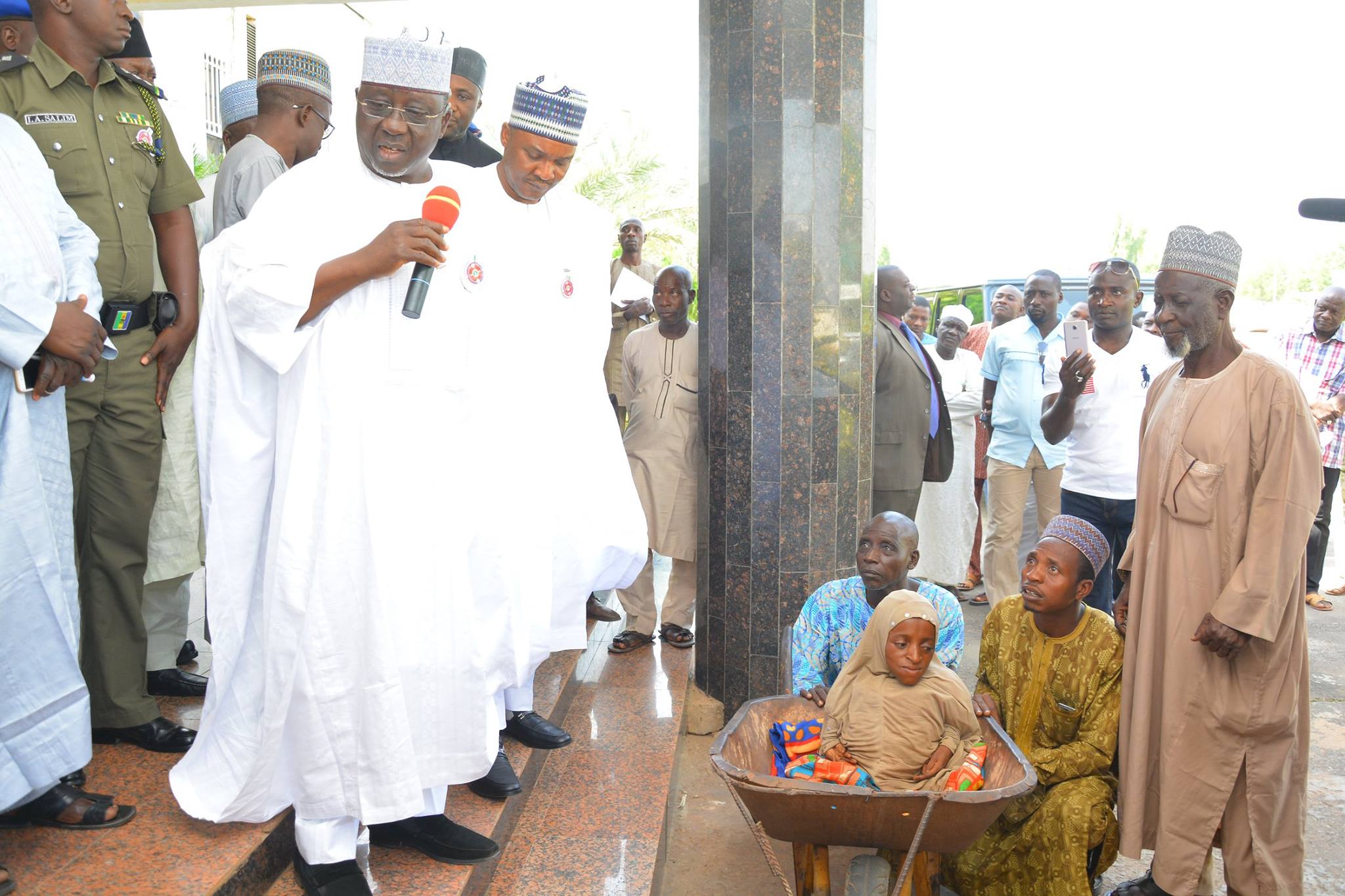 As his Excellency Umaru Tanko Almakura fulfills his pledge to Fatima Musa and her presents with a car.

His Excellency passing through the Lafia City Centre when he saw someone carrying something in a wheelbarrow, only to look closer and see it was a person, and due to his desire to ensure an inclusive government, he stopped to assist the person in wheelbarrow.

Gov. Almakura spoke to 25 year old Fatima Musa, who hails from Bauchi State is a mother of 2 ,who had deformed hands and legs and has to be carried around to beg.

Upon speaking to the Fatima the Governor gave her some money then ask if there was anything he could do for her.

Fatima Musa then told Governor Almakura her heart’s desire is to own a car to be carried around in instead of a wheelbarrow.

With a smile the Nasarawa State Governor replies, your wish had been granted and she should be brought to the Government House the next day to collect her car. Ta’al Circle report, at the Government House the next day, Fatima Musa was presented with the keys of a Toyota Corolla and N200,000 to fuel and get a driver to take her home to Bauchi. Receiving the key, a tearful Fatima who was overjoyed thanked the governor for his kindness, saying an open prayer for him and the state asking the heavens to shower blessings on him and allow him accomplish all he has set out to do. All those present had to hold back tears as Fatima was put in the car and Governor Almakura helped put on her seat belt, before the car zoomed off with her old wheelbarrow in the boot.

Speaking at the presentation of the car His Excellency Umaru Tanko Almakura said that “we are all the same and should assist the less privilege never looking down at them, we assist each other and God assists us all.”