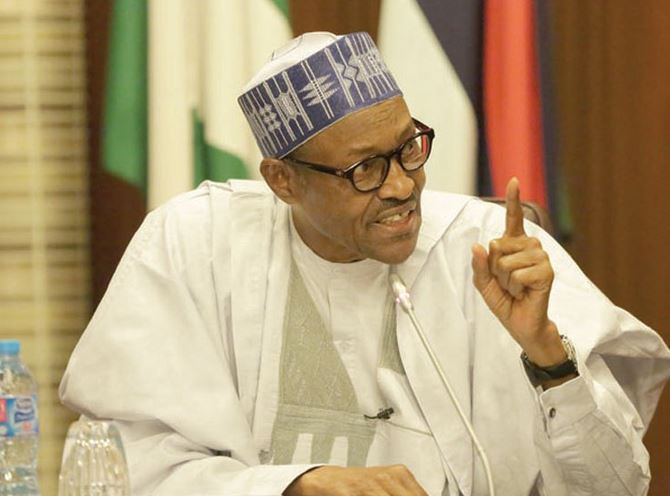 President Muhammadu Buhari has Directed law enforcement agencies to deal decisively with those who import, distribute and sell illicit drugs in the country.

Speaking at an interactive meeting with religious leaders in Kano on Thursday, the President expressed concern on the growing problem of drugs abuse in the country.

According to him, his administration is determined to do something urgent to deal with the narcotics challenge facing the country.

“The Customs is already doing a good job and I am happy that I got someone who is efficient, strong and trusted to lead it in the person of Hameed Ali, a former governor of Kaduna State.

“I have charged them and other law enforcement agencies to go after those trafficking in illicit drugs that are causing much harm especially among young people,’’ he said.

President Buhari also assured the religious leaders that the war against corruption would be prosecuted with the highest regards to due process and respect for human rights.

He asked Nigerians to be patient on this issue, saying that as an elected President, he was bound to follow the constitution.

“When I came in uniform as military Head of State, we locked every suspect in Kirikiri prisons until they proved that they were not guilty.

While reaffirming his strong support for the proposed anti-corruption courts, the President said to strengthen judicial integrity and the rule of law, such courts must be manned by ‘‘incorruptible judges.’’

Buhari used the occasion to counsel leaders to rise to the challenge of the country’s growing youth population.

“Leaders at every level must pay attention to this. We must give everything we have including education, vocational skills and training for our large youth population so that they can grow to be responsible citizens.’’

On the provision of infrastructure, the President restated that his administration will ensure increased investment in infrastructure across the country to stimulate the economy and job creation.

He praised the Chinese government for proving the funds for some ongoing projects in the country including railways, roads and the Mambilla hydro-power project.

The President welcomed the suggestion from some of the religious leaders for the setting up of a religious advisory committee made up of Muslim and Christian leaders to meet periodically to advise the government.