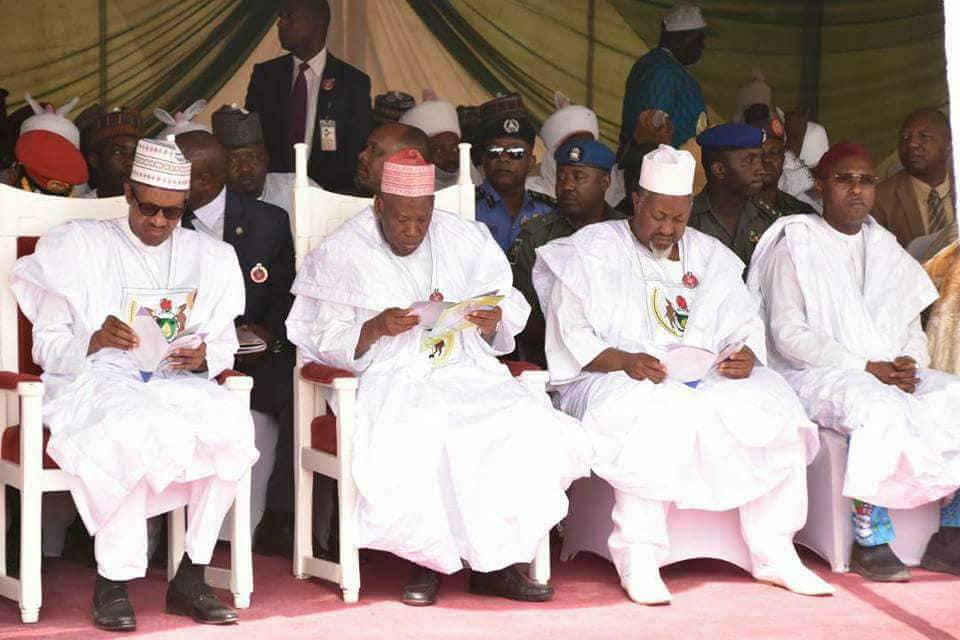 Garba Shehu, Kano: President Muhammadu Buhari Thursday said that current changes to trade and investment policies by the government since it took office in May 2015 will help the nation to diversify the economy, attract more foreign investments and speed up the country’s industrialization.

Speaking at the commissioning of two newly-established agro-based industries, shortly before he ended his highly successful two-day State Visit to Kano, the President noted that the overall effect of these achievements will lead to jobs creation and better living conditions for citizens as promised by the governing All Progressives Congress, APC.

At both mills, President Buhari while touring the facilities, expressed delight at the wholly-owned indigenous companies and assured agro-investors of his administration’s commitment to creating the right policies for agriculture to thrive.

At the solvent extraction plant of Gerawa Oil Mills, the Chairman of the company, Alhaji Isa Gerawa commended the policies of the Buhari administration on agriculture, describing them as key to Nigeria’s exit from recession and upward attainment to food security.

The industrialist, however, appealed to President Buhari to urgently address the issue of poor access to finance for farmers and agro-investors in the country.

The President, who was accompanied to Daura, his hometown by Governors Abdullahi Umar Ganduje of Kano and Abubakar Badaru of Jigawa, was received on the border between Jigawa and Katsina States by Governor Aminu Masari of Katsina and the Emir of Daura, Alhaji Umar Farouk. The condition of the weather necessitated the trip to Daura by road.