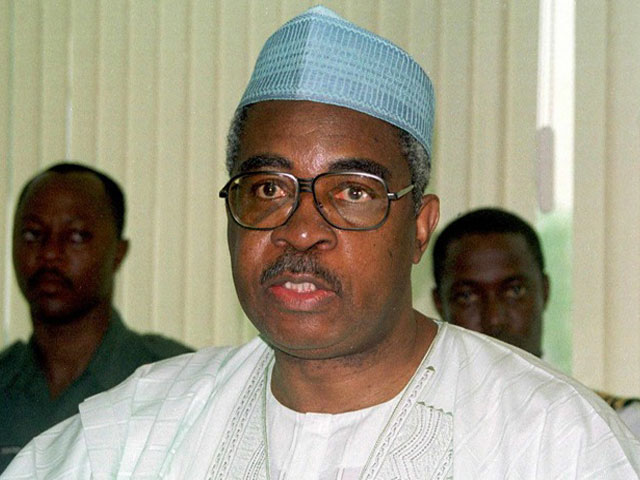 General TY Danjuma: Tribute To A Patriot At 80 – Alkasim Abdulkadir

It is difficult to write about the greatness of one Nigeria’s most revered sons, courageous soldier and statesman, it is made more difficult by his enigmatic persona; For he is famed for his taciturnity, great circumspection and brevity. In William Shakespear’s play Twelfth Night, is the memorable quote about greatness. Shakespear affirms that some men were born great, some achieve greatness and others have greatness thrust upon them. For General Theophilus Yakubu Danjuma the circumstances of his early life and dedication to his country ensured he was destined for greatness and as such ticks the three boxes of Shakespeare’s description of the archetypal stages of how greatness is achieved.

From seeing action in Sante, Katanga Province of Congo in 1963 as a young officer to the counter coup of 1966 and fighting to keep Nigeria one during the Nigerian civil war and court martialing Army officers accused of corruption and indiscipline later on in his career -these pivotal moments of his sterling military career all aggregated to mold him into a soldier for whom Nigeria came first, always.

But perhaps, more than any other single event, it was his stance in ensuring that Nigeria did not disintegrate after the death of Gen Murtala Ramat Mohammed and his insistence on Gen Olusegun Obasanjo ascension to power that sealed his place in the annals of Nigeria’s history. He retired in 1979 as Chief of Army Staff, shortly before Nigeria returned to civilian rule.

With a first rate military career behind him, he took on the world of business and once again distinguished himself in the enterprises he embarked on. Chiefly, amongst them is his role as the founder of NAL/Comet one of the most successful locally owned terminal operators and shipping company in Nigeria. He has spent the entirety of his post military careers chairing boards or being a member of the boards of multinational companies, giving him a front row seat on the contributions and challenges of the private sector led commerce in Nigeria. Through the TY Danjuma Foundation he has also set up one of the most responsive vehicles to the plight of the underprivileged ones in the country.

Beneath his tough solder’s mien is a compassionate heart, quick to forgive, fast to empathize and sympathise with a mind on an eternal search for social justice. He is always rooting for the underdog. He has a prodigious knowledge of current affairs, political commentary and history. However, what I find most amazing about him is his ability to remember the tiniest of details that happened several decades ago. He is at home discussing contents of Alistair Cooke’s Letter from America, versed about the traditions and etiquettes of local and foreign cultures. More importantly for him there is neither North nor South, but Nigeria and humanity.

An up and close encounter with him reveals a man of great humour who who chooses his words carefully in a rich baritone voice with a deep vocabulary he once said to someone after being handed a document “why are you using capital letters lavishly” he is a man with little patience for protocol, sophistry and long winding verbosity he often says “So after all the grammar what is the conclusion”. In the aftermath of Sen. Ali Ndume’s suspension from the Senate, during a plenary Sen. Ndume had excused himself to go for the afternoon prayer, as he made to leave the conference room, Gen Danjuma remarked -that you know what happened the last time you went to pray (In reference to Sen Ndume being dropped as a Committee Chair at the Senate while he had gone to pray) this definitely elicited laughter from all the members at the plenary. Such was his camaraderie –humorous yet stern, firm yet with an immense capacity to listen to all sides.

In recent history, Gen. Danjuma has served as Minister of Defense in 1999, most importantly in 2010 he served as the Presidential Advisory Council by then ag. President Goodluck Jonathan. In July 2014, he was named by President Goodluck Ebele Jonathan as the Chairman of the Public-private sector driven fund, the Presidential Committee for the Victims Support Fund, not only was he the single largest donor of the fund (he donated 10 million USD) but used the occasion, to speak truth to power to say that the “the battle against the Boko Haram insurgency had gone for too long, and the Nigerian State must recommit itself to winning the war. In October 2016 President Muhammadu Buhari coalesced all humanitarian interventions in the North East and established the Presidential Committee on the North East Initiative – PCNI was designed to oversee all remedial programmes aimed at addressing the crisis in the North East since 2009 once again, Gen Danjuma was called to chair it.

In the words of Woodrow Wilson “there is no higher religion than human service and to work for the common good is the greatest creed. At 80, Gen. TY Danjuma has worked for our common good and has fulfilled the greatest creed of prioritizing Nigeria and humanity first. Happy Birthday, General.