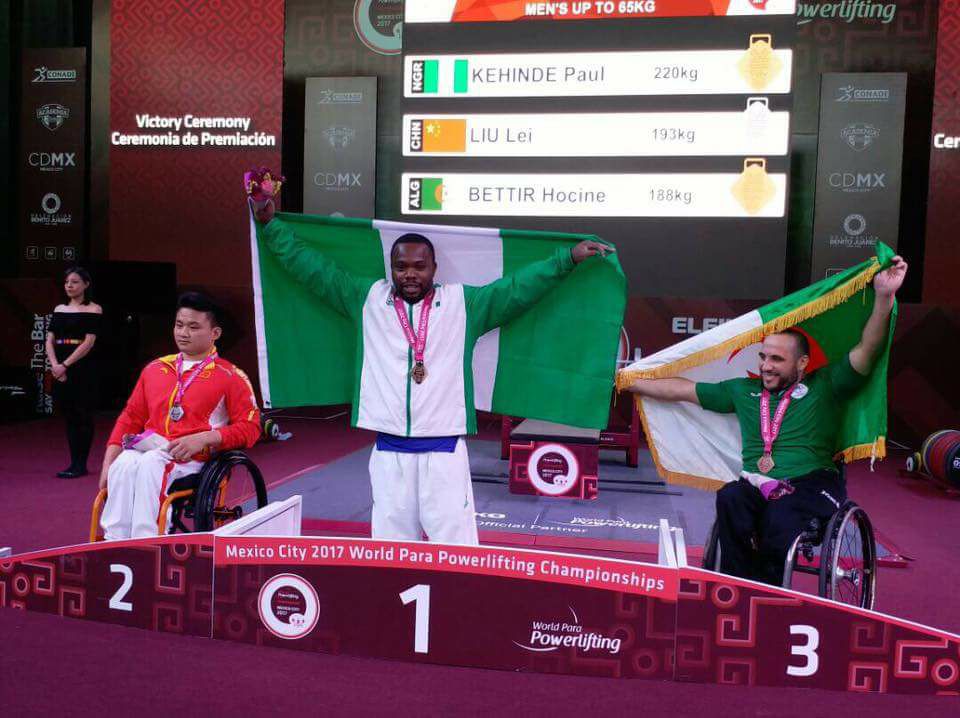 Nigeria’s Kehinde Paul has won gold in the men’s +65Kg of the 2017 International Power-lifting World Championship which just ended in Mexico City.

He lifted 220kg to clinch the first position ahead of China’s Liu Lei who lifted 193kg and Algeria’s Battir Hocine who came 3rd with a lift of 188kg.