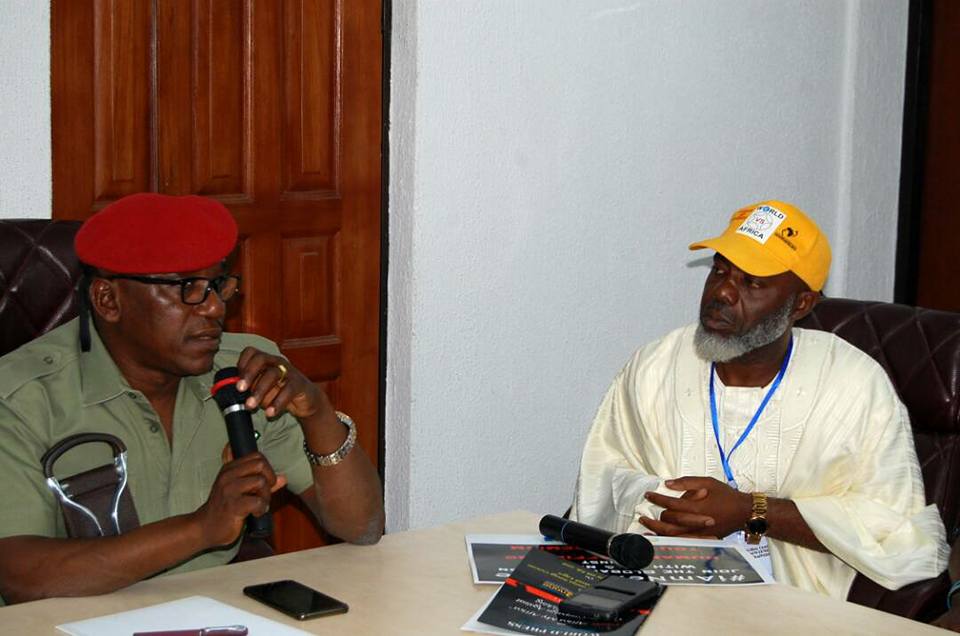 Like a roaring Lion, his body gesticulation depicting excruciating pain, the Hon minister faced the cameras in NEXT2none/ NAPTIP documentary shoot against human trafficking on the 7th of December 2017 at his office.

In total disappointment with the trend, he lambasted the African youth for losing their precious identity and presenting themselves for trafficking.” East, South, North and West, home is still the best, he says”.

He further condemned the activities of human trafficking in Libya, Mediterranean coast and across the globe

On what seemed a 360 in his earlier posture he congratulated Next2none and NAPTIP for embarking on the project while encouraging the National Assembly to improve the budget of NAPTIP to enable it meet up the task of fighting human trafficking.

A lot more as we premiere the global documentary. Join us in the movement against human trafficking.