FRSC Commends HEI for Saving Over 200 Lives in Road Accidents 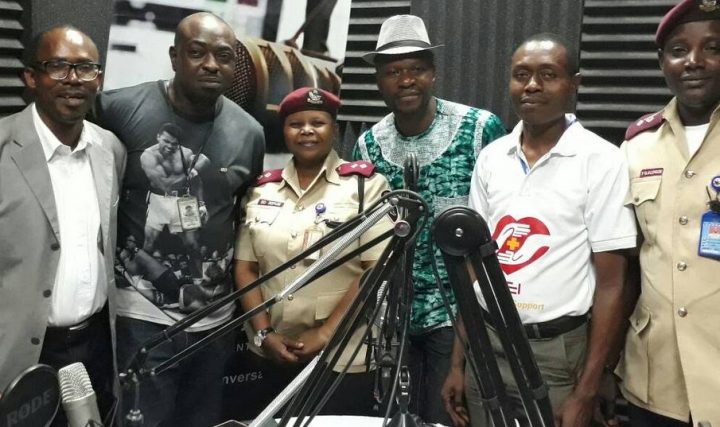 The Federal Road Safety Corps (FRSC) has commended the Health Emergency Initiative (HEI) for giving prompt support and assistance to save the lives of over 200 accident victims in the last two years.

Mr Hyginus Omeje, the Lagos State Sector Commander of FRSC, gave the commendation on Sunday during a “ Five-kilometre Walk, Carnival and Charity programme’’ organised by HEI in Lagos.

HEI is a non-profit making organization established to assist victims of road accidents by offsetting their hospital bills.

The walk was sponsored by Price Waterhouse Coopers (PWC), an audit firm.

“The HEI, a non-profit organisation, has done so well in saving the lives of accident victims through its quick intervention to them at all times.

“An example is the recent crash at the Kara Bridge along the Lagos-Ibadan Expressway; the organisation helped to make some payments to the state hospitals where they had already signed a Memorandum of Understanding (MOU).

“This enabled the victims to receive prompt treatment to save their lives before their relatives were contacted.

“This is in sync with part of the 2017 Strategic Goals of FRSC; the goal to improve enforcement and post-crash care by reducing traffic crash by 15 percent and fatality by 25 percent.

“The HEI has been doing tremendous work to ensure that the lives of indigent and vulnerable victims are not lost as a result of road crashes,’’ he said.

In his remarks, Mr Paschal Achunine, the Executive Director of HEI, said that the initiative was set up to support and revive critically injured accident victims.

“An accident injured victim is a vulnerable person no matter how rich, powerful or poor the individual may be.

“From October 2015 till date, we have assisted over 200 accident victims through the partnership between HEI, FRSC and the Lagos State Ambulance Service (LASAMBUS).

“We don’t want a case where anybody will bleed to death as a result of an accident on the road.

“That is why we set up the health emergency initiative to assist accident victims by prompt payment of the bills at the general hospitals.

“ A lot of victims have died because of their inabilities to pay only N2,000 or N3,000 treatment fees.

“This should not be acceptable in a country where you see and read screaming headlines in newspapers that say billions on naira were going into private pockets; it is unfair,’’ Achunine said.

The director, however, appealed to other stakeholders to emulate the PWC by supporting the organisation.

According to him, this will contribute hugely to save the lives of many people from road accidents.

Also, Mrs Obioma Ubah of the Corporate Responsibility, Diversity and Inclusion, PWC, commended HEI for the great job it was doing to save many accident victims’ lives.

“We have seen the sincerity in the organisation.

“That is why we pitched our tent with them, to give them the support they deserve,’’ Ubah said.