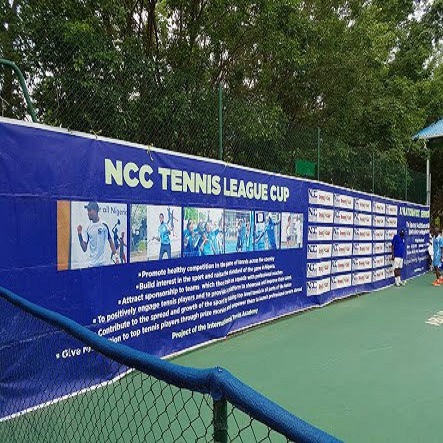 The Nigerian Communications Commission (NCC) has given out N17 million to winners of its Tennis Cup 2017 competition.
The Executive Vice-Chairman, NCC, Prof. Umar Danbatta, said at the grand finale of the tournament in Lagos that the competition had given the commission satisfaction and fulfilment.

The tournament which started in July featured 12 teams.

Danbatta represented by the Director, Research and Development, NCC, Mrs Iyabo Sholanke, said that the championship had been dubbed the greatest and biggest addition to Nigeria’s sports since 1960.

“We are proud to have used this opportunity to engage a number of Nigerian youths in very fruitful and engaging enterprise with a bright future outlook.

“We are even prouder to have taken quality tennis to different locations in the country and to see the players improving by the day, due to the regular competitions the league offers,’’ he said.

He said that it was gratifying to note that some young Nigerians who were part of the tennis cup had got scholarships and sponsorships to tennis academies abroad.

He said that they would further their studies and their professional tennis careers in those academies.

“The NCC Tennis Cup is a team tennis competition that is open to all, including the very best male and female tennis players in Nigeria.

“I am glad that the cream of the best and promising Nigerian male and female players are all participating in the league and that a good number of them are now ranked on the Association of Tennis Professionals (ATP) Tour.

“These are some of our expectations and we hope that the players will take full advantage of this NCC Tennis League Cup to excel,’’ Danbatta said.

He said that NCC’s major objective in promoting the competition was to contribute to the overall development of the nation through sports, particularly, tennis.

According to him, tennis has the potential to engage, motivate, entertain and keep the youth physically fit and mentally focused.

He said that above all, tennis created opportunities for the players to earn a decent living and a chance to be famous.

NAN also reports that the grand finale featured special tribute to the late Dr Alex Ekwueme, a former Vice- President of Nigeria and special awards to

some players of the competition, as sponsored by MTN Nigeria.

The corporate relations executive, MTN Nigeria, Mr Tobe Okigbo, said that the company’s involvement in the competition was in line the value addition and youth’s talent development agenda of MTN.

“We like supporting value addition projects. In this case (NCC Tennis Cup competition), we saw that what NCC is doing and it makes a lot of sense to be part of it.

“We saw it as an opportunity to support ambitious young Nigerians, especially, in developing their skills and talents,’’ Okigbo said.