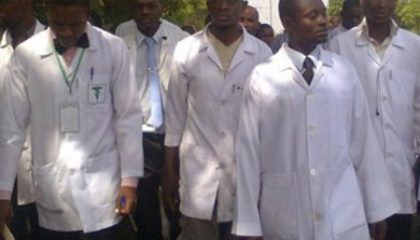 Dr Godwin Tijani, the state Chairman of NMA, gave the commendation on Tuesday in an interview with the News Agency of Nigeria (NAN) in Lokoja.

Tijani said that Usman has brought sanity to the hospital board since he assumed office in August 2017.

According to him, Usman, during the Emergency Congress Meeting of the association, reassured the doctors that their salary arrears would be paid before the end of 2017.

Tijani said the chief medical director also promised that the salary arrears of the recently cleared doctors and the newly employed ones would be paid along with welfare packages for health workers.

“The chief medical director also assures the NMA that the process of implementing the promotion and annual steps increment and cash back for doctors will be effected.

“Usman said the renovation of hospitals is also ongoing across the 21 local government areas of the state for effective healthcare services delivery.

“He is a leader and as an association, we want to believe his promises and wait till Dec. 31 for the actualisation of those promises,” Tijani said.

Some the demands include: failure of the state government to correct the salary underpayment of doctors in the board and payment of salaries of the newly employed doctors.

Other are: the eight doctors cleared over three months ago should be paid their 11 to 12 months salary arrears, implementation of the adjusted Consolidated Medical Salary Scale and Skipping for its members. (NAN)