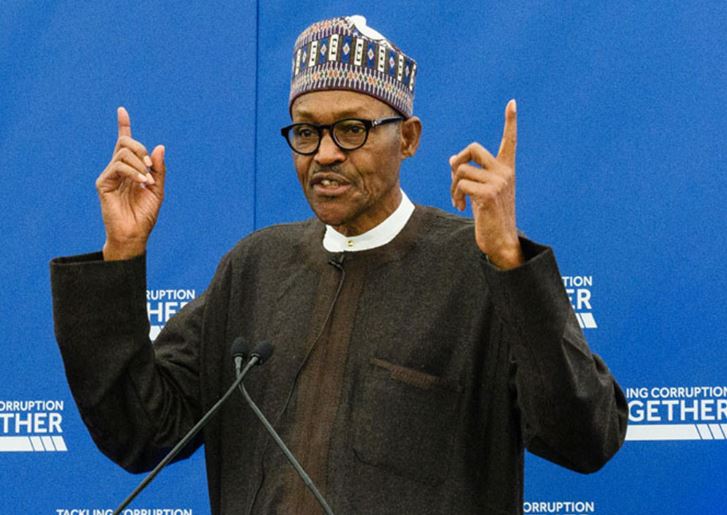 In a submission to the One Planet Summit in the French capital attended by over 60 Heads of State and Governments, as well as representatives of non-governmental and private organisations, with the theme, “Climate Change Financing,” the President said, “we cannot implement our Nationally Determined Contribution without adequate financial, technical and capacity building support from the developed countries.”

While noting that “since the adoption of the Paris Agreement, we have been strengthening our national efforts towards the implementation of the Agreement and the Marrakech Call for Action,” and Nigeria had already ratified the Paris Agreement in May 2017, President Buhari, however, said the country’s “Nationally Determined Contribution to reduce our emission by 20% by 2020 and 40% by 2030,” cannot be attained alone.

According to him, “having just come out of recession we are under no illusion of the challenges that we face in Nigeria.”

President Buhari said “Nigeria recognizes that ensuring sustainable funding is a major constraint in efforts to implement the Nationally Determined Contribution,” adding that “to respond effectively to climate change mitigation and adaptation challenges, critical mass of financial resources beyond what we can provide from our national resources will be required.”

On steps Nigeria has taken to meet its national goal in this respect, he said the country has “embraced the issuance of the green bond as an innovative and alternative source of projects funding that would help reduce emissions and provide robust climate infrastructure, such as renewable energy, low carbon transport, water infrastructure and sustainable agriculture in line with the Paris Agreement.”

In furtherance of efforts to deliver on the country’s pledges, the President said the government was “tightening the existing governance structure in Nigeria for more effective implementation of climate change activities, including the additional responsibilities that are consequent on the adoption of the all-encompassing climate change treaty.”

He also stated that “Government is actively promoting technologies and practices such as sustainable land management, climate resilient agriculture, water efficiency, clean energy, and skills for reducing greenhouse gas emissions among others,” noting that sustaining these efforts will also require external support.

Other measures required, he said, included “accelerating Research and Development on facilitating Access to Climate Friendly Technologies, through technology pooling and collective approach to financing Research and Development, regulating restrictive practices in licensing agreements and anti-competitive uses of Intellectual Property and International Declaration on Climate Technologies.”

According to the President, “In Nigeria, we are looking at insurance-based proposals to deal with loss, damage and adaptation to the poor, vulnerable and hard-to-reach groups. Risk mitigation through insurance must benefit those groups who currently have negligible access to any form of indemnity coverage. Vulnerable groups will also benefit from new technologies and ways to make insurance schemes affordable, including through long term premium support.”

He said Nigeria would require external assistance in the following areas: “A long term solution for a source of clean power, which can be achieved through private investments to create economic competitiveness for industrialization, job creation and agricultural programmes throughout the country; and the inclusion of Nigeria in Climate Regional Programmes, especially strong financial support to our planned project for the replenishment of the Lake Chad.”

The President noted that “this long term solution will ensure sustained livelihood for rural and urban communities, and permanently address the conditions conducive to the spread of violent extremism and terrorism, and stem illegal migration especially of our youths abroad.”

In acknowledging that the external support must be sustained on a long term basis, President Buhari emphasised that “the changes that Nigeria and other developing countries need to make cannot be undertaken overnight.”

He said some fundamental restructuring of our economy was required, adding that “in this process, technology will be a powerful tool to simultaneously address climate change and advance development.”

The President said he looked up to the developed countries to jointly take a leading role in mobilising support for this action plan on addressing the challenges of climate change within the framework of the General Assembly of the United Nations.

In their remarks, the three co-chairmen of the plenary session, the United Nations Secretary-General, Antonio Guterres, the World Bank President, Jim Yong Kim, and the French President, Emmanuel Macron, stressed the imperative of a global comprehensive and speedy action, including private sector financing against the devastating impact of climate change.

President Buhari had before the summit, attended a luncheon hosted by his French counterpart in honour of visiting Heads of State and Governments at the Elysee Palace.