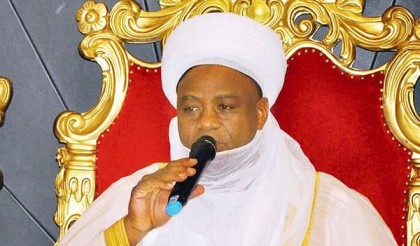 The Sultan of Sokoto, Alhaji Sa’ad Abubakar III, on Tuesday urged politicians to work toward improving the lives of Nigerians.

Abubakar made the call in Katsina at the opening ceremony of a retreat organised by the Northern Senators Forum.

“Politicians should change the lives of people who elected them; they elected you because they have hope in you.

“Therefore, you should not betray them because peace has a twin brother which is justice,’’ he said.

The Sultan also urged the lawmakers to pass law to recognise the role of traditional institutions.

“Enact laws that will give the institution a role it will play in the constitution.

“What we are doing is what we inherited from our fathers and people recognise it because even the politicians solicit for support of the institution.

“Problems started bedeviling the country when the institution was kept aside, hence the need to give a role to the institution in the constitution because of its importance in maintaining peace and security,’’ he said.

He also urged government at all levels to implement programmes and recommendations that would move the country forward.

The News Agency of Nigeria (NAN) reports that the senators would use the retreat to discuss issues affecting the North with the aim of tackling them.