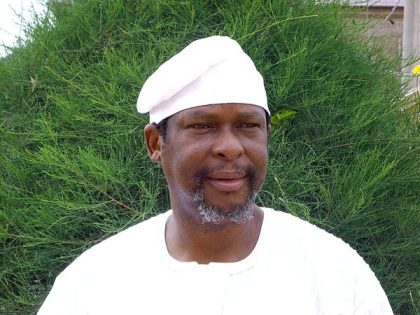 The Chairman, Senate Committee on Science and Technology, Prof Robert Boroffice has disagreed with  Gov. Ayodele Fayose of Ekiti over his suggestion that President Muhammadu Buhari, should retire from politics in 2019 having clocked 75.

Fayose on Saturday  congratulated Buhari and said it would be honourable for the president to step down now,saying he had served the nation as he could with advanced age.

“The advice from Gov. Ayodele Fayose that Mr President should not consider seeking re-election due to age consideration should be ignored.

“Mr president cannot be blackmailed and  his  right to to  seek re-election should   be respected by every Nigerian who believes in the provisions of the 1999 Constitution of the Federal Republic of Nigeria ( as amended),” he said.

He said  it was instructive to note the constitution does not impose age restriction on a president who wishes to seek re-election.

“Indeed, advanced age is not a liability but an asset. Also, septuagenarian level does not in anyway suggest a chink in the armour but it radiates gutsiness,” it said.

Boroffice wished Buhari  many more hearty and healthy years in the service of humanity.( NAN)