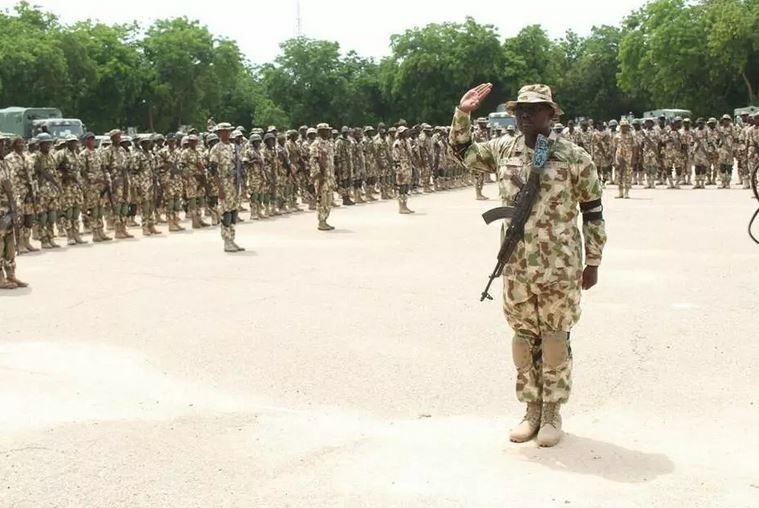 Dependants of Military Personnel Tasked on Judicious Use of Support Kits

Emmanuel Oyeachchonam, Maiduguri: Surviving widows and families of gallant soldiers who paid the ultimate price in the fight against insurgency in the North East have been charged to be self-reliant by making effective use of skills and support kits acquired during the empowerment training facilitated by the North East Regional Initiative (NERI) and its partners.

The GOC represented at the occasion by the Deputy Director, Army Public Relations, Colonel Kingsley Samuel commended NERI for its ceaseless support and partnership with 7 Division and the Nigerian Army Officers’ Wives Association (NAOWA) towards providing livelihood support to the widows of Nigerian military personnel.

He therefore urged the beneficiaries of the training to maximize the benefits of the settlement kits ranging from grinding machines, generator sets, deep freezers, tailoring and knitting machines amongst other distributed items to them.

Earlier in his remarks, the representative of NERI, Mr Suleiman Dauda stated that, the peace and stability being enjoyed in the state today, couldn’t have been achieved without the sacrifice of the Nigerian Armed Forces.

According to him, “NERI is proud of the services rendered by the fallen Heroes and to show appreciation decided to partner with NAOWA 7 Division Chapter to provide Agricultural, infrastructural and Developmental support to the families of fallen Heroes.” Mr Sulieman appreciated the support of other partners particularly Borno State Women Development Initiative (BOWDI) and the State Agency for Mass Literacy.

Highlights of the ceremony was the presentation of certificates of participation, settlement kits and food items to all participants of the training.

NEWER POSTCapital Market Must be Protected from Instability as Dogara Explains Why The House Intervened in Adeosun, Gwarzo Feud
OLDER POSTPosterity Will Appreciate All Your Sacrifice Says President Buhari to Supporters