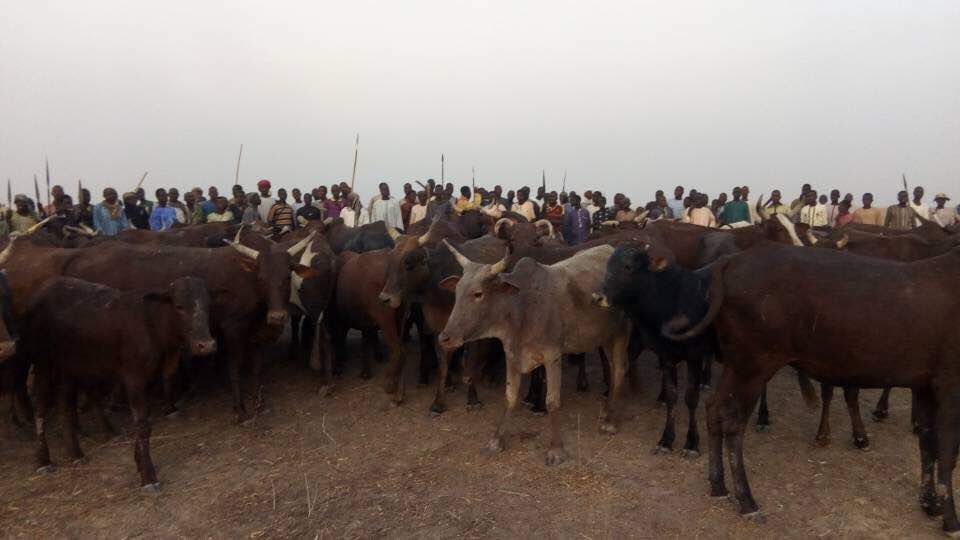 SK Usman, Maiduguri: Troops of 21 Brigade, Operation LAFIYA DOLE, in conjunction with elements of 121 Battalion, on Friday 22nd December 2017, laid an ambush for Boko Haram terrorists at one of their suspected crossing points near Firgi, Bama Local Government Area of Borno State.

During the ambush, the troops neutralized one of the terrorists suspected to be an expert Improvised Explosives Device (IED) expert, while other terrorists escaped with gunshot wounds. The gallant troops recovered 1 Gas Cylinder suspected to be for IED, 2 Water Bottles and 1 Motorcycle. 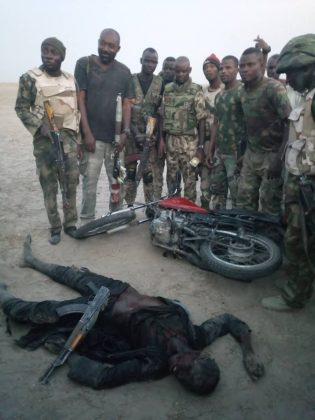 In another development, troops of 3 Battalion, 22 Brigade, Operation LAFIYA DOLE on Saturday 23rd December 2017 following a report that suspected Boko Haram terrorists have rustled and carted away over 200 cows at Makandari Village in Kala Balge Local Government Area, mobilized a fighting patrol which pursued the terrorists to Beneri village where contact was made. 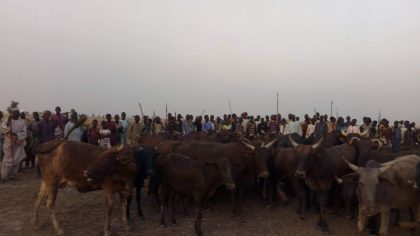 The patrol team engaged the terrorists and neutralized 2 of the criminal Boko Haram terrorists cattle rustlers. They recovered 1 AK-47 Rifle, an empty Magazine, 2 Motorcycles and 1 National Identity Card. In addition, the gallant troops also recovered all the rustled cows and returned to the rightful owners.