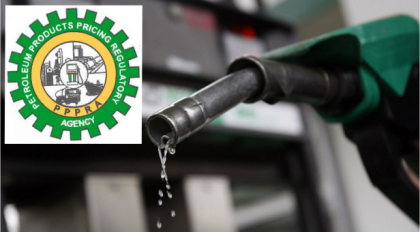 The News Agency of Nigeria (NAN) reports that the team, which was on its fifth day of monitoring, got more information from anonymous Nigerians and made good on its promise to give out petrol free from any filling station that sold above the N145 approved cap.

The first station visited by the team on Thursday was Mcmanakai Global Services in Bassa, a village in Abuja airport, which had 39,000 litres of petrol, while the handlers of the second station absconded when they learnt of the presence of the team.

The team also visited a third petrol station also in Bassa, FCT, where it sealed
Enesi Petroleum because the facility was selling a mixture of petrol and kerosene to unsuspecting motorists.

Another unnamed filling station in Soka, FCT, which was selling at N240, had
18,000 litres of petrol that was dispensed free to motorists on queue.

“The station has products and is selling above the 145 cap. DPR stopped the managers from selling at that rate on Wednesday but the handlers resumed selling at N245 today (Thursday).

“So, the same punishment we meted out to other stations would be done
here and elsewhere found to be doing same.

He assured that trucks of petrol coming into Abuja and other cities had been increased to ensure that with 24-hour operations, the queues disappeared by weekend.

The Abuja Zonal Operations Controller of DPR, Mr Mohammed Abba, told newsmen, that “we received information about illegal activities of petrol stations from good Samaritans, otherwise we may not know the existence of some of these filling stations.

“We asked them to revert to N145 so that the product would be accessible. We didn’t want to stop business for handlers of these stations: we wanted them to just follow the rules but they refused.

“We had no option than to direct that product be given to the public free and
we sanction the owners of the station and hand them over to Nigeria Security and Civil
Defence Corps (NSCDC) for prosecution.

Abba said DPR would not just seal stations with products in Abuja, depending on the gravity of the offence committed, but would ask the marketer to revert to approved price except when such marketers proved recalcitrant.

Mr Aminu Abdullahi, the Assistant Commandant-General, Operations, NSCDC, told newsmen that the corps was trained to tackle the situation.

He said all suspects would be tried under the Petroleum Distribution and Sabotage Act and if found guilty, defaulters would be charged.

He added that “we have confirmed the illegality of the various operations and we are going to take measures legally to prosecute suspects.

“Any oil marketer who refused to revert to the approved price, our men are on ground to ensure compliance,’’ he said.

A motorist who got 20 litres of the free petrol, Peter Umar, told newsmen that “I am happy. They (marketers) are cheating government and cheating us too. This is stealing.

“People who are supposed to travel cannot and they are blaming government for a situation that is caused by our fellow Nigerians.”

Hadi Bashir, a motorcyclist who also got five litres of the free product, told NAN
that “I pray that Baba Buhari lives longer in good health and prosperity because this is the first time this situation (getting free petrol) is happening to me.”

NAN reports that at the entrance of the team in the three filling stations in Bassa and one in Soka, all in FCT, cars and motorcyclists quickly queued up when they learnt of the mission of the team.

The fuel queues, which begun on Dec. 7, were yet to abate. (NAN)