FG Engages Med-View Airline in Evacuation of Nigerians From Libya 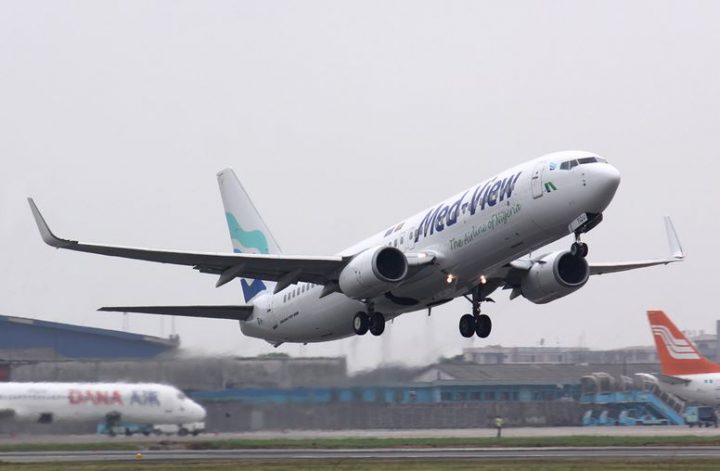 The Federal Government has appointed Med-View Airline, through the National Emergency Management Agency (NEMA), to participate in the evacuation of 5,037 Nigerians from Libya.

The News Agency of Nigeria (NAN) reports that the agreement was signed between the parties on Friday in Abuja. It is expected to facilitate the smooth repatriation of Nigerians from the volatile North African country.

Na’Allah said in a statement that Med-View Airline would participate in the transportation of the returnees with another carrier to be appointed by the government.

“This kind of responsibility is meant for Nigerian carriers, because it is our responsibility, and we have the capacity to carry out this operation.

“We have demonstrated the capacity that we can do it and we are honoured to have been appointed by the Federal Government through NEMA”, he said.

According to him, it is a known fact that Med-View Airline has been in operations for the past 10 years and has successfully carried out Hajj operations within and outside the country.

Na’Allah said: “I think that was a factor the government considered before we were assigned this national project.

“We will deliver professionally up to international standard and the government is not making any mistake for entrusting Nigerian carrier to this kind of project.”

NAN reports that a total of 6,806 Nigerians were evacuated from Libya in 2017 through the efforts of the International Organisation for Migration (IOM) and the European Union (EU).

However, following reports of gross abuse of Nigerians in the country where they had been stranded en route Europe, President Muhammadu Buhari recently constituted a 17-man fact-finding committee.

The committee, headed by the Minister of Foreign Affairs, Mr. Geoffrey Onyeama, is saddled with the responsibility of facilitating the repatriation of Nigerians and also reintegrating them into the society, in collaboration with the state governments.